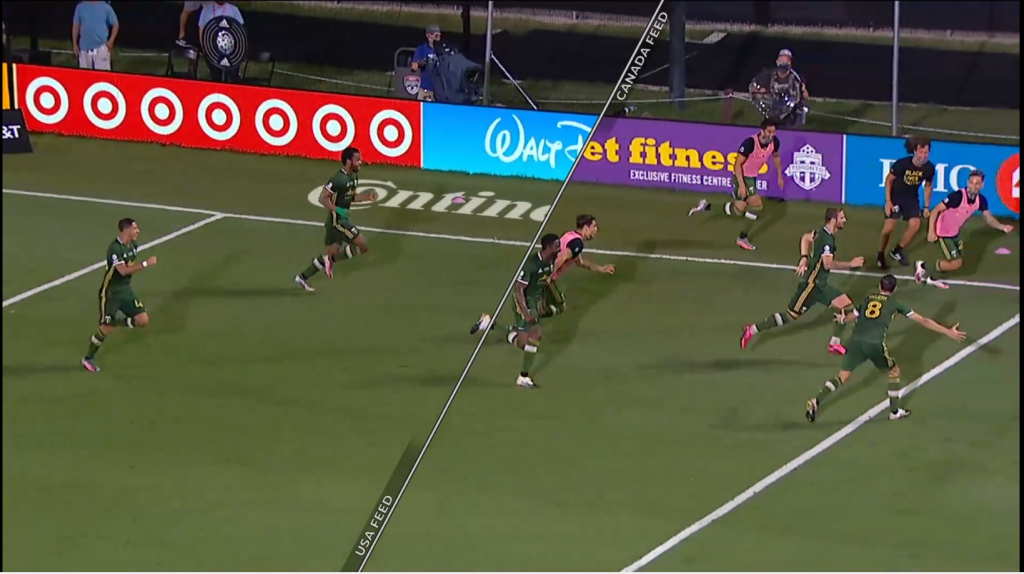 Official FA partner TGI will be using an HDC-5500 camera chain for live production of the final between Chelsea and Leicester City, taking place on Saturday 15th May at London’s Wembley Stadium.

Parallel Ads® is based on DCM® technology by AGS and creates tailored multi-region advertising content that’s displayed on perimeter LED screens at the sporting venue. Ads tailored for different markets are shown in succession on perimeter screens faster than the human eye can see. Parallel Ads® synchronises the LED playout system to the host broadcast production, allowing the output of up to four separate real-time feeds that are directly available from the camera control unit. After producing four different feeds in the recent semi-finals, on May 15th at the Emirates FA Cup Final region-specific content will be broadcast once again in parallel to multiple regions. TV viewers in a particular locale will watch the match with perimeter advertising that’s only relevant to them – with no need for costly additional production resources to support additional markets.

The HDC-5500 as well as the HDC-3500 and HDC-P50 are the perfect basis to deploy Parallel Ads®. The cameras feature Sony’s advanced Global Shutter technology that captures the entire frame in a single instant, eliminating the rolling shutter or ‘jello’ effect common to other cameras that makes rapidly moving subjects look unnaturally distorted. Unique to Sony, this innovative technology ensures accurate reproduction of live sports action while opening up other exciting possibilities for parallel advertising and other applications. Thanks to the cameras’ Global Shutter capabilities, the system is not constrained by static camera positions or factors such as bad weather that can affect other virtual advertising solutions.

“We’re excited to be working alongside AGS and TGI to deliver this innovative solution created for global viewing audiences and advertisers,” says Norbert Paquet, Head of Media Solutions, Sony Professional Solutions. “This is just a taste of the innovative production possibilities and fresh revenue streams that our live production cameras enable for TV broadcasters and rights holders. Look out for more news this year on exciting production applications of this cutting-edge technology for sports, music concerts and other live events.”