SKY Perfect JSAT Corporation have upgraded their filming equipment in Studio 3 of the Sky Perfect Tokyo Media Center for 4K HDR, and from February 2018 began 4K production and simultaneous 4K/HD live broadcasts, focusing on programmes such as the football information programme “Sukasaka! Live” and the variety entertainment programme “BAZOOKA!!!”.

We currently broadcast in 4K over three channels on our SKY Perfect! Premium Service, and this upgrade of the three studio control rooms was focused on broadcasting in 4K. Since it had been almost ten years since we relocated to Toyo-cho (Tokyo, Japan) in 2009, it was time to upgrade our equipment, and this time we saw upgrading the current HD control rooms as an opportunity to plan a transition to 4K HDR.

The system setup uses a 4K 4 M/E XVS-8000 Switcher at its core, with four permanent multi-format portable HDC-4300 Cameras, and the capacity for up to six cameras. 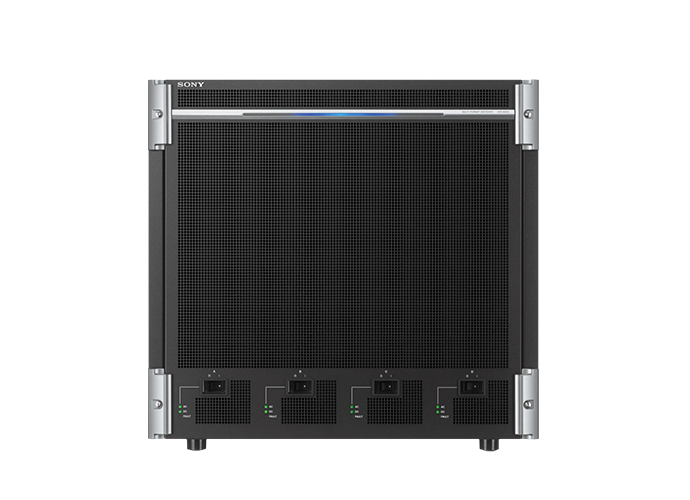 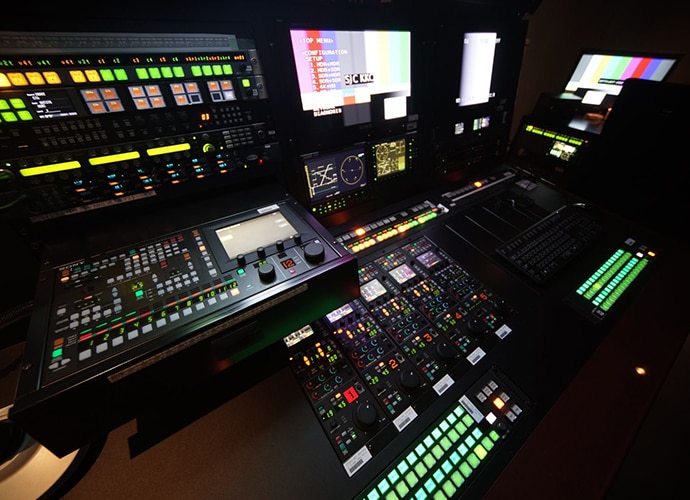 The studio control room that was upgraded this time was intended to focus mainly on 4K production, but there was still a need to be able to handle HD production, which had been the mainstream.

The company also needed to consider means of distribution other than broadcast. Thus we aimed for a system that could handle content production flexibly in SDR and HDR, as well as HLG, PQ, ITU-R BT.709 and BT.2020 colour spaces. The first problem was: what are the fundamental ideas that will underpin the entire system configuration?

After many studies and reviews, along with suggestions from Sony, we decided upon a simple design whereby the control room would always operate in 4K, with the assumption that HD programmes would be downscaled into HD in the final stages of production.

This allowed for improvements in usability and the overall curbing of costs. Due to the planning time, 12G-SDI and IP were passed up in favour of a 3D-SGI base, but to actually utilise this aspect, we scrutinised the signals that needed to be monitored in 4K (image quality/resolution), and everything else used a single 2SI (two-sample interleave) 3G-SDI to receive 4K video signals directly in HD for monitoring.

In theory, this would produce jaggies, but this wasn’t a problem in practice, so the company applied this method. We also managed to put together a system that was capable of broadcasting live and simultaneously in 4K HDR, 4K SDR and HD SDR.

A concept that allows identical operation to HD

As the company did not have in-house operational engineering staff and used external engineering staff for operations instead, the system needed to be operated in the same way as the existing HD control room.
Since we needed an environment that allowed inexperienced operators to be able to accurately monitor signals in any situation, Sony responded to our requests for a batch-configuration feature for all functions, automatic LUT switching for each 4K monitor during 4K HDR operation, and an automatic linking feature for 4K/HD monitors during simultaneous 4K/HD production.

Operating the system in a new format took practice, just as when we made the transition from SD to HD, but there has yet to be any confusion or trouble at the company concerning the new system, and it seems that we were able to achieve the familiar operational feel that we wanted from the outset. 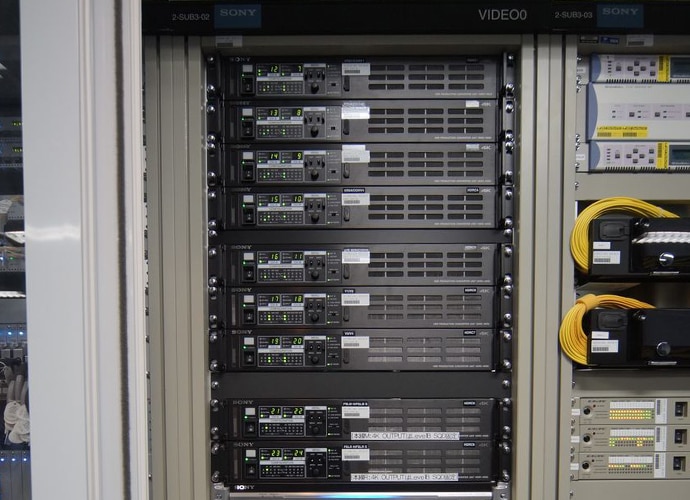 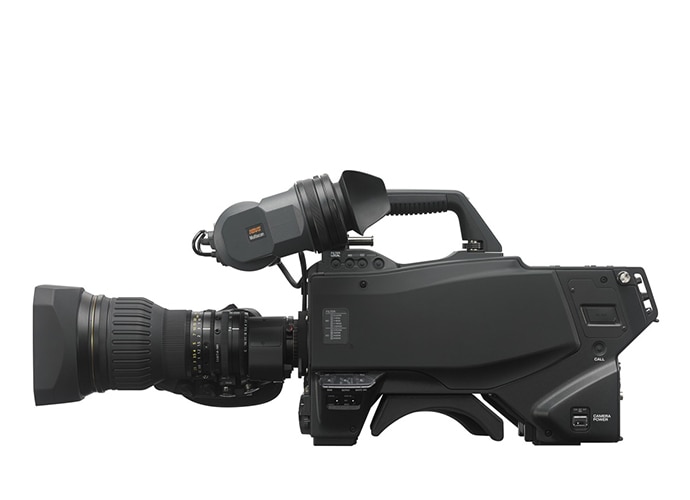 We often get asked whether there was really any need to become HDR-compatible in the studio. All the testing that we have done so far has concluded that even for studio programmes, HDR looks significantly different.

The programmes produced by us are largely sport and live programmes, so we wanted to be able to produce consistent content in HDR while it is in use. Additionally, most of the core Sony 4K equipment is HDR- capable, and it was possible to achieve HDR capability without much need for additional investment, so we decided to upgrade with an HDR-capable studio and control room.

In line with our programme production aims, we operate the control room using SDR (BT.709) or HDR, but we are now focusing on operating in SDR because we are familiar with it. Once we have more experience with HDR, we would like to more actively produce HDR programmes. We’re also hoping that broadcasters on other channels will use it too.

A system configuration achievable through the use of HDRC-4000s

I don’t think we could have put this system together if not for Sony’s experience, and their broad line-up of 4K HDR live system component products, and I don’t think any company besides Sony could have made it happen.

In particular, multiple resolutions, colour spaces and simultaneous 4K/HD-broadcasting would have been impossible without the Sony HDRC-4000 HDR Production Converter Units. 4K broadcasts often use HD source, but we are particularly satisfied with the quality of the upscaled image produced by the HDRC-4000. 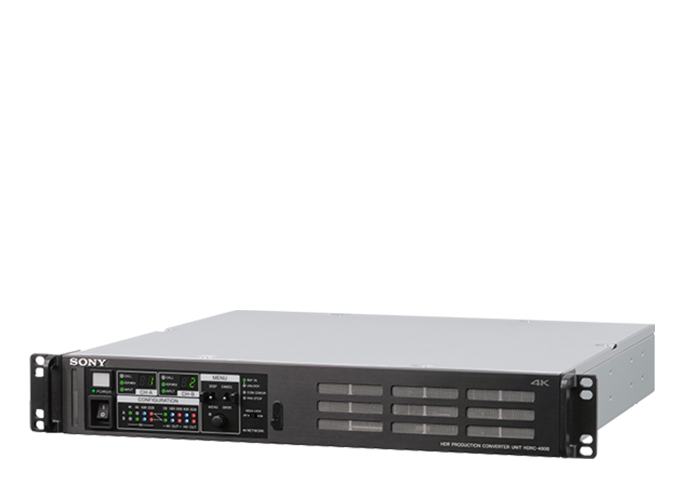 Ability of integration and construction speed

When it came to upgrade the studio control room, we believe that it was absolutely the best choice to entrust all of the integration, which included the necessary products from other companies and high-level support, to Sony.

This was a special upgrade that focused on filming equipment rather than sound equipment or comms, but Sony conducted all of the on-site construction, which was complicated by the pre-existing necessary equipment and wiring that had to remain intact, as well as the operational testing, within the narrow time frame of just one month.

Sony have helped us with equipment and integration, and we look forward to software applications and updates that will further support our operations in the future.