In addition to broadcasting a complete event, the process was also an ideal system test. Every advancement we make now is a solid step toward tomorrow, and a valuable contribution to the industry.

The 4K LIVE menu of Sony HDC-4300 system camera brings additional flexibility to 4K SDR live broadcasting and HLG recording. For example there is 6dB of gain inequality between HDR and SDR: this was fine-tuned by visual engineers based on stage lighting at the event and recalibration monitor presentation. This provided a better balance between HDR and SDR pictures. 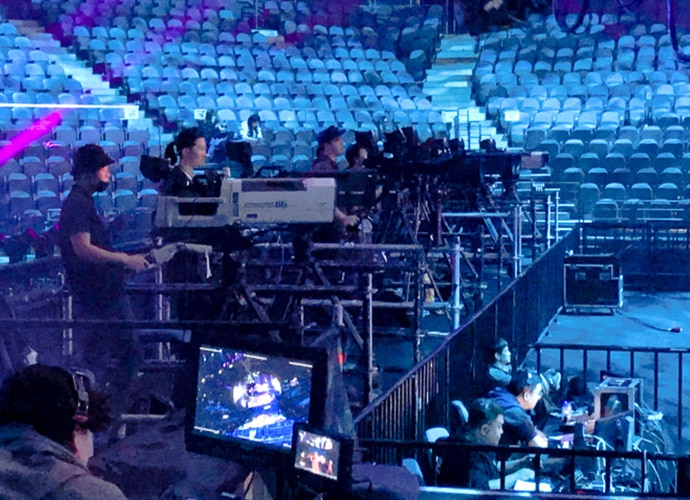 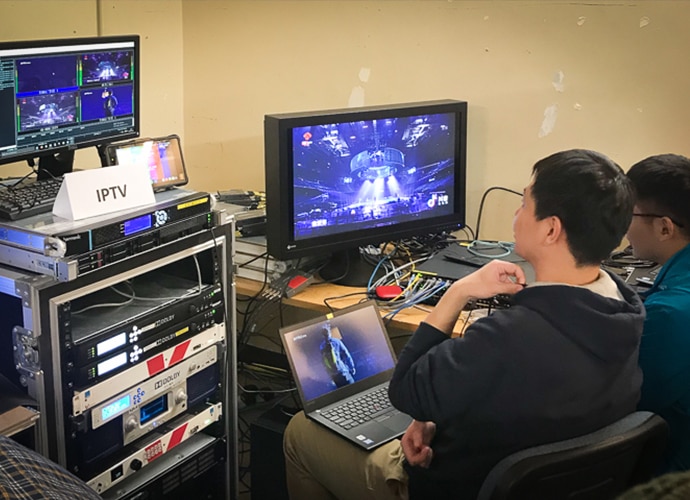 JSTV transmitted the Gala simultaneously in HD + 5.1 surround sound and also SD + stereo. The event was also broadcast on IPTV in 4K + SDR and subsequently released in 4K + HDR (HLG).

HLG signals were successfully transmitted for the 2019 New Year Gala through a dedicated network connection provided by China Telecom. Since most viewers do not currently have the necessary hardware to process HLG data, the live broadcast was downscaled by converting HLG stream into 4K SDR format. The HLG signal was recorded on a PWS-4400 server and backed up with recorders equipped with a monitor. 4K HDR assets were subsequently recut for a separate HDR release.

Although some viewers did not actually receive HLG signals, workflows for 4K broadcasting were tested and proven, including dual-channel 4K SDR live broadcasting and single-channel HDR. The latter essentially sends signals to the integrated control platform, where they are received and combined with Dolby surrounding sound. 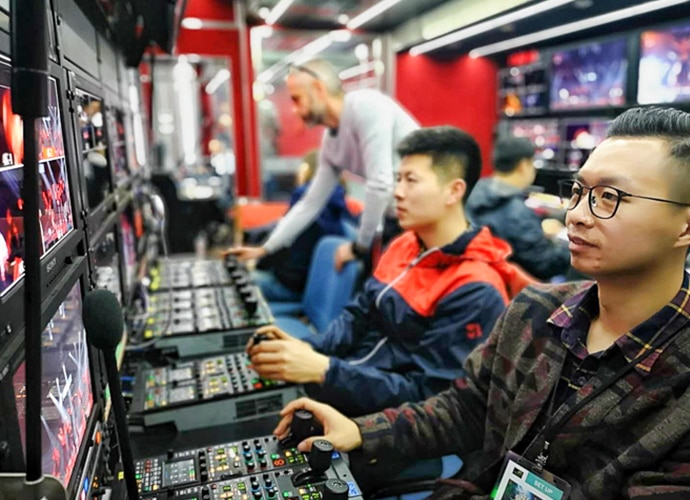