Director of Photography Max Wang relates his experiences of using Sony’s VENICE full-frame cinematography camera during production of Our Way Home, one of the stories in the multi-part epic My People, My Homeland.

Released in October 2020 to critical and commercial acclaim, My People, My Homeland is an anthology of five stories from different regions of China. DoP Max Wang reveals the aesthetic and practical benefits of VENICE while shooting the episode Our Way Home.

The directors of Our Way Home wanted to present a colourful picture of northern Shaanxi where the episode was shot. VENICE is particularly good at reproducing blues and greens. It captured large areas of natural landscape with a very satisfying feeling.

Early on in a project I like to invite colourists to do some tests together and decide which format should be used. The aspect ratio for the theatrical release of Our Way Home is 2.39:1, and we ended up shooting in 4K 4:3 at 24 fps using X-OCN XT.

There were three cameras in total. The on-site shooting was fast, with many on-site improvisations, so we used two main shooting cameras, plus one camera in reserve. In this way, when one camera is having a lens change, for example, we could still keep shooting.

We used Cooke and Lomo anamorphic widescreen lenses for large parts of the episode, as well as Leica spherical lenses for flashback scenes in the desert. There are scenes shot inside a bus. When we got hold of the vehicle at the end of June there wasn’t time for any modifications. Fortunately, VENICE allows for the sensor head to be separated from the main body (with CBK-3610XS Extension Kit) which makes it very small and light, plus we used an anamorphic widescreen lens that covers a wider angle of view. This configuration made it possible for us to shoot in a small space. We shot some scenes with the camera body separated from the sensor block on a stabiliser, mounted outside the bus on a bracket.

There are also scenes shot inside an Airbus A330 plane parked at Xi’an Airport, where again we used VENICE in split mode as there wasn’t much available space inside the aircraft. 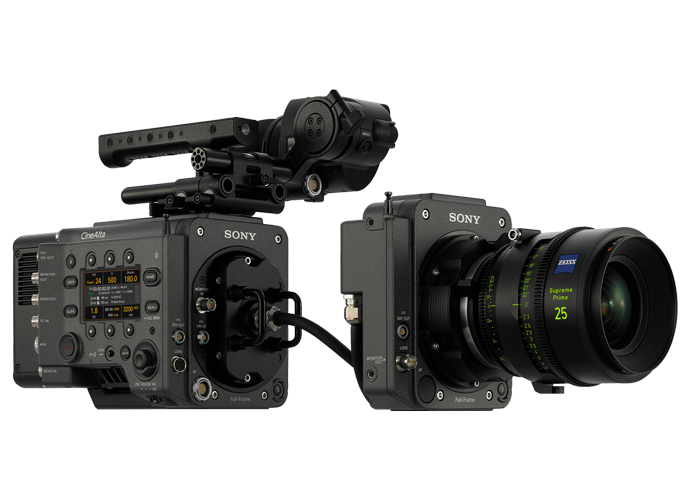 Cinematic pictures in every light

What’s also impressive is the camera’s built-in ND filter, which is important for projects focusing on outdoor scenes. The weather was changing very quickly: as soon as the clouds came out the light could be quite different. With VENICE we could instantly make adjustments without waiting for the filter to be replaced, which greatly accelerated our shooting.

If you’re using multiple filters on location, the light will bounce between the filters and produce halos. The colours of the filters of the same brand may be different. With the built-in ND filter there’s no need to worry about this, and and also you don’t have to worry about lens scratches.

Reliable performance in all conditions

One of serious challenges was the weather in northern Shaanxi – the weather was so changeable when we were shooting. There were many rainy days, but also very hot days and the camera crew became very tanned!

When we were shooting in the desert, the wind was very strong. We made use of protective gear for the cameras and their performance was very stable with no problems whatever the shooting environment.

During the COVID-19 pandemic, the directors were studying movies and you could see they had many new ideas on all aspects of camera movement. Filming was a very collaborative experience; the directors would design many shots together and exchange ideas with me. It’s an efficient way of working and I was very happy working with such excellent directors.

For example, we designed a lot of long takes – the director would adjust the shooting plan on the spot when he saw something new in an actor’s performance. Our camera crew were able to react very quickly to make these shots happen.

The overall production with VENICE lasted a few months and it’s very pleasing to work on a film that has such a warm family feeling and really captures some history.

Additional information
All film stills © 2020 Beijing Jingxi Culture & Tourism CO., Ltd. This article was originally published by CineHello.com and is used with permission. In China, VENICE is known as CineAltaV.

An interview with Rob Hardy, BSC

A showcase of DoPs who have chosen to film with VENICE