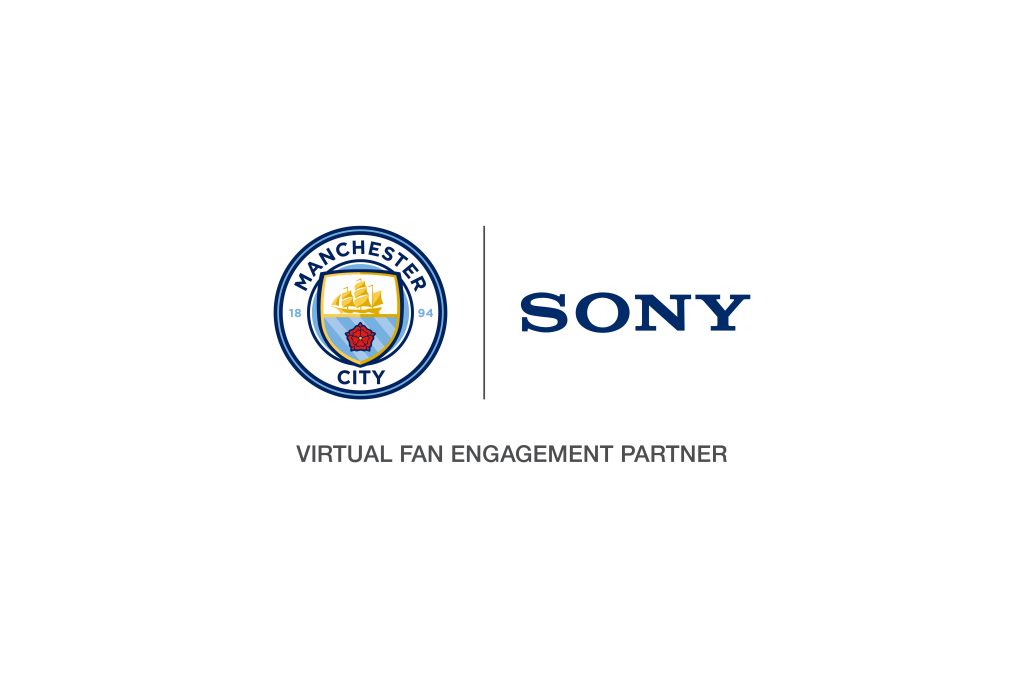 Sony will conduct a PoC (proof of concept) with Manchester City, aiming to develop new forms of digital content and services that integrate the physical and virtual worlds to excite and engage both existing and next generation of sports fans across the globe. The PoC will leverage the technologies of multiple Sony group companies and the global IP of Manchester City.

This initial partnership with Manchester City marks another step for Sony’s effort to accelerate its commitment to the sporting community. Sony has already developed successful digital fan experiences in sports, music and the wider entertainment industries.

The focus of this PoC is to create a global online fan community, where fans can gather to interact with other fans, the team and establish new levels of connectivity with the Club within a virtual recreation of the Etihad Stadium. The Virtual Etihad Stadium will not only be a realistic rendering of the stadium in Manchester, UK – it will also be a point of access to unique virtual experiences for fans, from fully customizable avatars to next-generation interactive loyalty programs, all new methods of expressing their fandom. 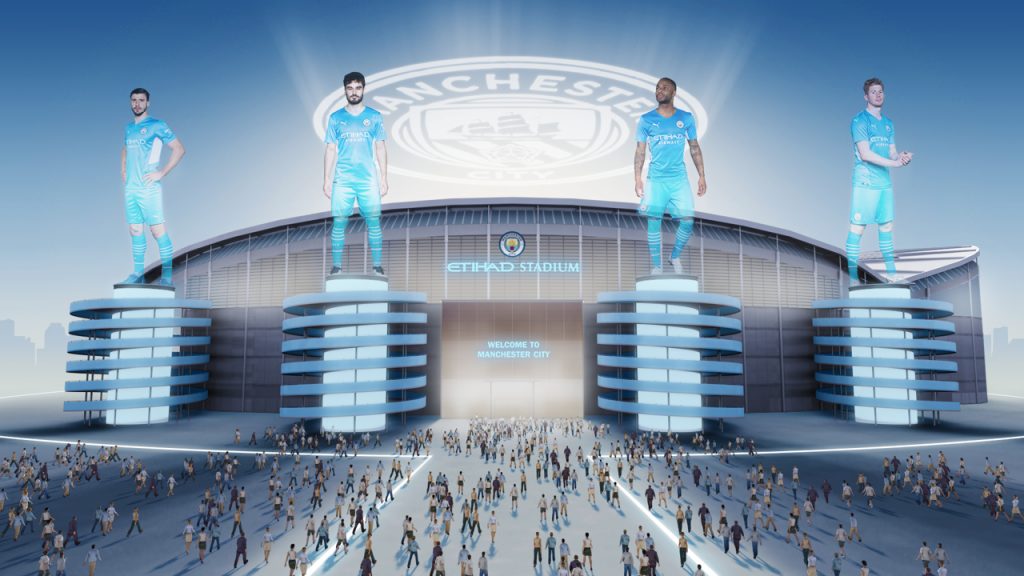 The PoC will leverage Sony’s cutting-edge image analysis and sensing technologies, as well as the leading Electronic Performance Tracking Systems (skeletal tracking and data manipulation/Virtual Recreation technology) of Sony’s Hawk-Eye Innovations [*]. The PoC will explore new ways to use this technology to engage sports fans from anywhere in the world. 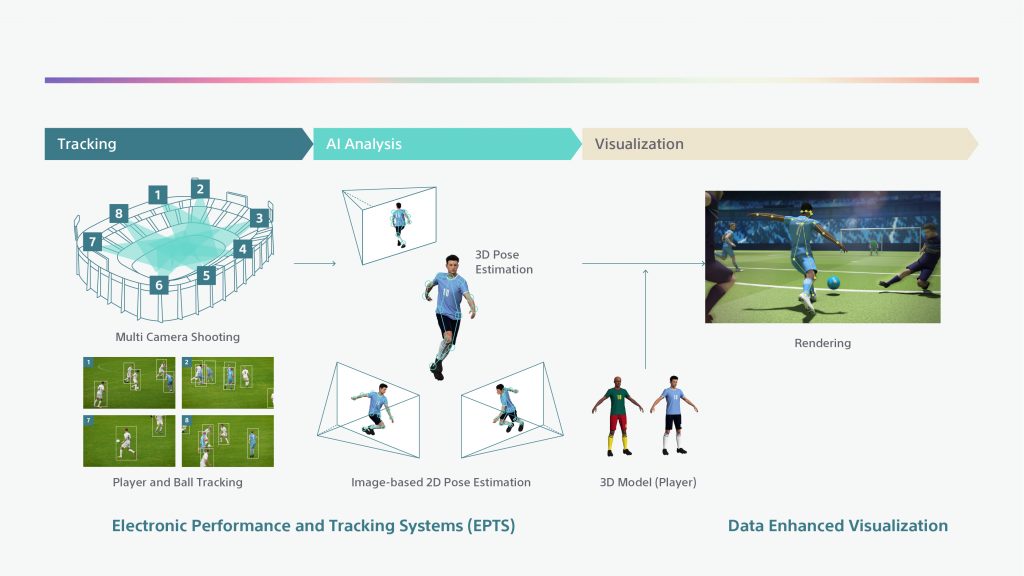 [*]  Hawk-Eye Innovations is Sony’s wholly owned subsidiary who have been at the forefront of sports officiating and broadcast enhancement technology since 2001; with vision-processing, video replay and creative graphic technologies that make sport fairer, safer, more engaging and better informed.

“Through this PoC, Sony will support Manchester City to further increase the value of its content and engagement with its fans around the world. Sony aims to create an online fan engagement platform that brings the Club and its global fans closer together, demonstrating our commitment to the sports entertainment business and supporting our partners in seeking new opportunities,” said Toshimoto Mitomo, Officer in charge of Intellectual Property and Business Incubation Platform, Sony Group Corporation.

“At Manchester City we have a strong pedigree of continuously embracing the latest technologies to enhance our operation – with particular focus on exploring ways to engage and entertain our global fanbase. This partnership with Sony puts City at the development stage of an exciting project that will create immersive digital fan experiences that have never been seen before in football. We’re looking forward to launching this collaboration and bringing together Sony’s industry-leading technologies with the global network of Manchester City fans,” said Nuria Tarre, Chief Marketing & Fan Experience Officer, City Football Group.

Sony Group Corporation is a creative entertainment company with a solid foundation of technology. From Game & Network Services to Music, Pictures, Electronics Products & Solutions, Imaging & Sensing Solutions and Financial Services – Sony’s purpose is to fill the world with emotion through the power of creativity and technology.

Under manager Pep Guardiola, one of the most highly decorated managers in world football, the Club plays its domestic and UEFA Champions League home fixtures at the Etihad Stadium, a spectacular 55,000 seat arena that City have called home since 2003. Today, the Stadium sits on the wider Etihad Campus, which also encompasses the City Football Academy, a state-of-the-art performance training and youth development facility located in the heart of East Manchester. Featuring a 7,000 capacity Academy Stadium, the City Football Academy is also where Manchester City Women’s Football Club and the Elite Development Squad train on a daily basis and play their competitive home games.