Vietnam Gets its First 4K Outside Broadcast Van 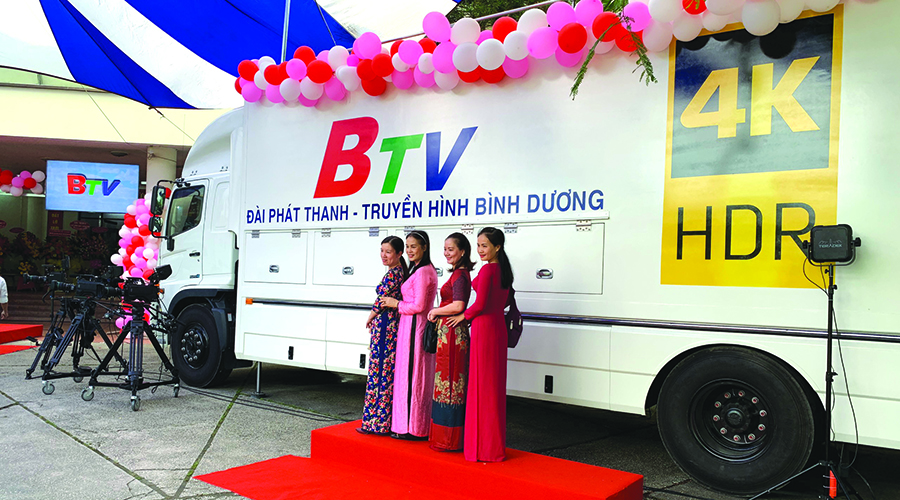 Giant strides in internet technology have transformed the potential of Outside Broadcasting. What was once a novelty is now considered a must-have as broadcasters worldwide recognise the vast potential that Outside Broadcasting affords them. From slashing studio set-up and travel costs, TV stations and production houses can now cover more events without the usual complement of a full set of production crew.

With 4K Outside Broadcasting a reality, broadcasters are using the opportunity to transition to live 4K while retaining HD origination. One such TV station to make this a move is provincial broadcaster, Binh Duong Radio and Television Station, in Southeast Vietnam.

Considered a gateway to Ho Chi Minh City, Binh Duong province is also a key economic zone. Binh Duong Radio and TV Station (BTV) plays an important role as it caters to a diverse audience of 2.5 million viewers, many of whom have significantly benefitted from Vietnam’s economic transformation.

To commemorate Binh Duong Radio and TV Station’s 43rd anniversary in 2020, it acquired a 4K Outdoor Broadcasting van, making it the first TV station in Vietnam to step into the 4K Outside Broadcasting realm.

Explains Mr. Thuong Van Phuc, Deputy Director of Binh Duong TV, of the station’s acquisition: “Our new 4K OB van comes at a perfect time. It expands our OB capabilities as it can connect to up to 12 cameras simultaneously and perfectly complements our current HD OB vans.” 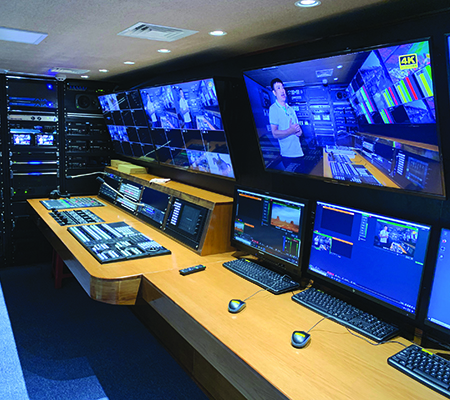 It took exactly 82 days for the TV station to get its 4K OB up and running. The TV station paid careful attention to its selection of 4K cameras and multi-format switchers. Says Mr. Phuc: “We worked closely with Sony to get our 4K OB van ready for the future. We can record in 4K and upgrade it to 8K easily.”

Many of the products selected have been used extensively by broadcasters globally. The HDC-3500 system camera was chosen for its portability, versatility, and excellent 4K/HD/HDR picture quality.

Adds Mr. Phuc of the XVS-6000 Switcher: “What impressed our technical team the most was the XVS-6000’s ability to create clip transition effects – transitioning a CG image and movies across the picture from one side to the other with audio. This feature is significant for our live programmes.”

Another tried and tested product is the BRAVIA 4K HDR Professional Display. Its high brightness and contrast capabilities make it ideal for a wide range of program applications. A plus point for the BRAVIA is its Wi-Fi 5 GHz support for less interference and high-speed connectivity and Bluetooth 4.2 for fast data-transfer speeds.

Concludes Mr. Phuc: “We are ready for the journey ahead. Our new 4K OB van is built for tomorrow’s production needs while maintaining full compatibility with today’s workflows and system hardware.”