30km from Amsterdam in the north of Holland, the city of Hilversum is the hub of the country’s TV and radio broadcasting industries.

It’s also home to the main news studios of RTL Nederland, part of Europe’s largest TV, radio and production company RTL Group. The broadcaster caters for its news-hungry audience with a rolling schedule of round-the-clock coverage for Dutch viewers. Alongside hourly bulletins, centrepiece of RTL’s daily schedule is its main news programme that goes out live at 7.30 each evening.

Facing up to the pressures of round-the-clock news production

Like other broadcasters, RTL found itself under increasing pressure in recent years to create ever-more news content while using the same level of production resources. Technical Manager Hank van de Loo and colleagues had noted the increasingly common use of studio automation systems in other news operations. Then in 2013, while planning a major upgrade of RTL’s existing Standard Definition news facilities to HD, Hank knew emphatically that automation was the key to more cost-efficient operations.

“While we had little direct experience of our own, we visited a number of other broadcasters in Europe and the US to see automation systems in action”, notes Hank. “After one visit to a TV station in Detroit – where we saw just two operational staff coordinating a technically complex 60 minute news programme – we knew it was the only way ahead.”

Having decided on an automation-based news solution, RTL auditioned a number of systems from other vendors. “Many of them were far too complicated”, recalls Hank. “Our directors told us that they wanted things to be simple. When they push a button while on air, they want to be absolutely sure they know what’s going to happen next.”

Our directors told us that they wanted things to be simple. When they push a button while on air, they want to be absolutely sure they know what’s going to happen next.

Helping journalists and directors get stories to air faster

Journalists on a separate floor build their stories for the night’s rundown using RTL’s AVID iNEWS newsroom management system, with an ELC plug-in that continuously monitors the playlist and automatically prepares assets for the next cue. In the main control room, stories are reviewed by the show’s editor-in-chief and director, assisted by a switcher operator working alongside them in the gallery. 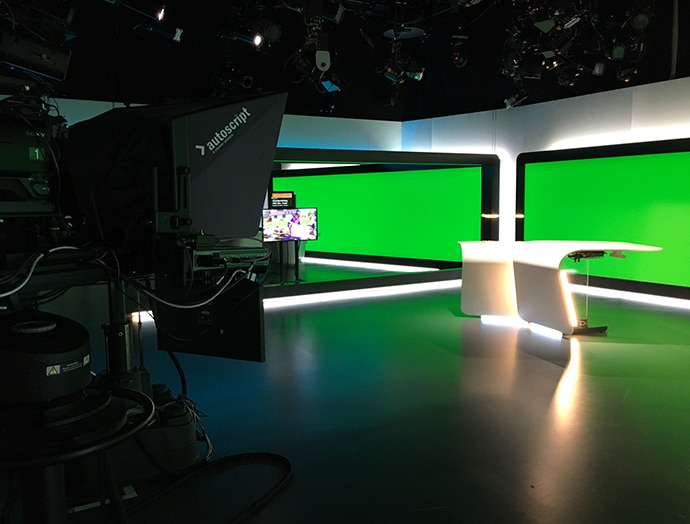 In a breaking news situation, director and editorial teams can switch to manual, taking direct control of cameras and graphics systems to add real-time contributions from a studio guest or external feeds. ELC effortlessly handles any last-minute rundown changes, seamlessly orchestrating cues for all machines and systems in the studio. There’s also a second smaller studio, used for other programmes during the day, where ELC also features: the workflow for journalists and gallery staff in both studios is effectively identical.

“Our news teams had great concerns to automate”, reflects Hank. “But over the last two years of successfully operation we’ve shown comprehensively that ELC works brilliantly, even in a breaking news situation. The interface is so intuitive – it’s really simple to automate your show.”

Over the last two years of successfully operation we’ve shown comprehensively that ELC works brilliantly, even in a breaking news situation.