N24 is one of Germany’s most trusted and forward-looking information brands, epitomising the ‘TV Everywhere’ model by delivering news to its users on all relevant platforms anytime and anywhere, on television, online, mobile and out-of-home media.

Reaching 75% of all television viewers of the key demographic every year, the channel is based in the centre of Berlin and deploys state-of-the-art digital technology to produce its own 24-hour schedule as well as the daily main news shows for the stations SAT.1, ProSieben and kabel eins. N24 was purchased by Axel Springer SE, and together with the WELT Group have founded WeltN24 GmbH in order to establish the leading multimedia news company for quality journalism in the German-speaking countries.

Our original requirement was to improve productivity by introducing journalist editing... The Sonaps editing tools were the most popular with the people that were going to be using it.

N24 was among the first wave of news broadcasters to use digital production systems when they were first developed at the start of the last decade. The roots of this particular project, however, date back to 2008 when N24 initially looked to change its news production model in an attempt to increase production efficiencies. After a competitive pitch between the four main players in the field at the time, Sony’s Sonaps solution was chosen.

Fast forward to 2013 and an upgrade was considered essential by the organisation. The primary goal was to move news operations to HD, but it was also looking for another performance gain from the deployment of the very latest technologies, so the project was put out to tender once more.

According to Michael Dirk, N24’s Deputy Head of Technology, there were several reasons why Sonaps was specified again, some of which hark back to the original 2008 installation and what a Sony solution was installed then.

“Our original requirement was to improve productivity by introducing journalist editing, while even increasing the pace of news coverage” he says. “The Sonaps editing tools were the most popular with the people that were going to be using it.”

N24 set up live tests based upon their existing production workflow, as well as looking at the overall costs of implementing a new system. Obviously the possibility of maintaining continuity was attractive — Dirk mentions that human change management is often one of the most critical areas of any new project and saving on training costs alone would be a boon — but the N24 team was also impressed with the new Sonaps installation’s flexibility to adapt to their existing workflows out of the box.

“We found that it meshed quite well into our current way of production which however was no surprise after we have made use of many SONAPS features for several years,” comments Dirk. “But there were also some definite key benefits, especially in the area of ingest where we have a complete suite consisting of manual and scheduled recording, XDCAM integration and more.” 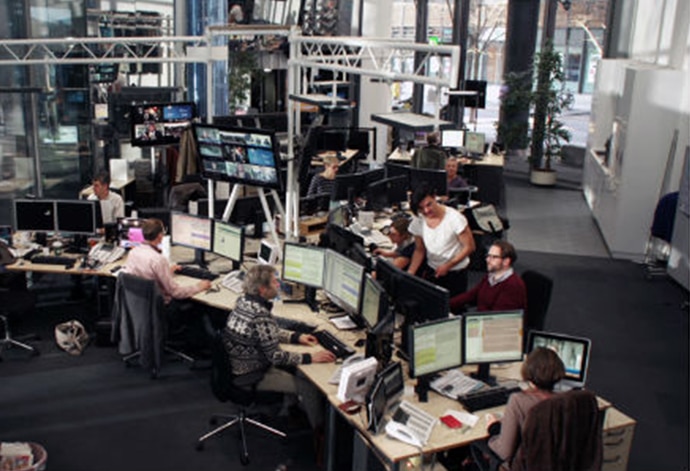 Faced with the need for a state-of-the-art, cost-effective installation that transitioned the organisation to HD while maintaining existing workflows, the Sony Sonaps networked production system provided a significant upgrade to N24’s production capabilities while maintaining the pre-eminence of the journalist’s role in production decisions. The XPRI NS editor in particular provides a comprehensive craft editing tool fully integrated to the Sonaps system which, by handling proxy and HD material on a single timeline, means that stories are available for air at the earliest opportunity via all the platforms that the channel services. 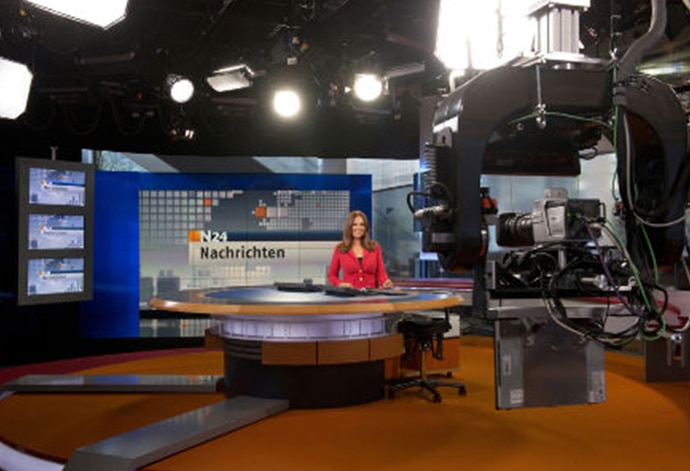 One of the primary reasons N24 chose Sony again was for the power of the NLE component of the system, which is not just speedy but puts all the tools that might be needed into the hands of the journalists who will be using it.

“In particular we like that the XPRI NS has the complete feature set for 3D effects, colour correction and more,” says Dirk. “It’s a feature that, even though we don’t use it extensively, we do use and it’s something we feel is a significant advantage over competitor systems. With Sony it is standard, with other companies it is an additional cost per seat.

“In normal hours we don’t have any dedicated craft video editor on duty,” he continues. “The journalists perform everything, from the very first rough cut to the final voiceover. The capabilities of the package mean we don’t have to pass it off to a suite to do the more complicated stuff like blurring faces or adjusting the frame.”

The system is new enough that it is still bedding in at N24, but Dirk reports that, following the channel’s acquisition by Axel Springer SE, there is the possibility of extending the Sonaps operation to another site or that the current one might be expanded to add more seats. In the meantime, it gives the company a stable production platform with which it can service the growing demands of ‘TV Everywhere’ that should last it for the next five years and until the next wave of technological change sweeps through the industry.