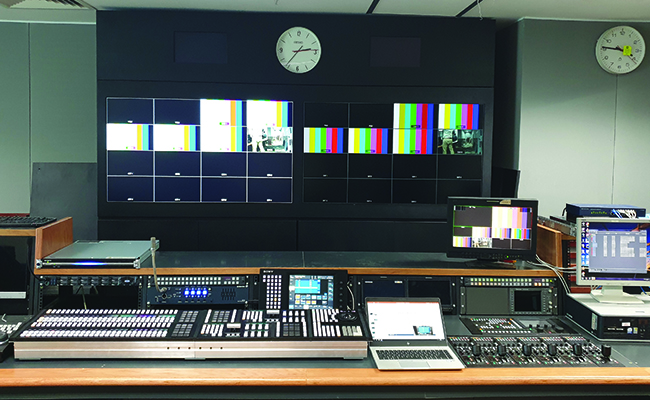 When 4K TV first arrived in Vietnam in 2012, it was reserved for the ultra-rich. Fast forward to 2020, and 4K TV is now within reach of the masses. The growth of 4K TV sales has in turn helped spur the demand for more local 4K content.

As a national broadcaster, Vietnam Television (VTV) enjoys a lion’s share of viewers with its 7 national channels and 2 regional channels. VTV is readily available via digital terrestrial satellite and cable TV.

Mr. Nguyen Van Chung, Director of VTV-Technical and Production Centre explained: “VTV may have a government mandate to inform and educate but we are also here to provide our viewers with a wide range of programmes to cover our wide viewership base.”

With a population of over 96 million people, Vietnam has a TV penetration rate of over 85%.

Demonstrating its commitment to 4K, VTV built a dedicated studio exclusively for 4K productions at its HQ in the 2nd quarter of 2020. Called Studio 7, it is the first 4K TV studio for VTV and features an impressive array of Sony 4K solutions covering everything from 4K/HD/HDR camera systems to multi-format switchers to servers.

Added Mr. Chung: “Studio 7 marks an important milestone for VTV. It’s our first 4K studio and we had to make sure it was equipped with 4K solutions that will serve us well, now and in the future.”

Taking centerstage at Studio 7 is the Sony HDC-3500 system camera. “The HDC-3500 impressed us with its picture quality and ease of use. It also features the world’s first 2/3-inch 4K CMOS sensor with global shutter technology that eliminates the ‘jello effect’ and banding noise. The result is superb images with 4K high resolution, exceptionally low noise, impressive sensitivity and high dynamic range,” said Mr. Chung. 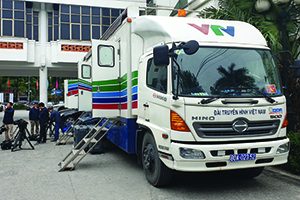 Besides ramping up its 4K production capabilities VTV also used the opportunity to upgrade its HD equipment.

Explained Mr. Chung: “While 4K is important to VTV we also do want to compromise on our HD productions. The new Sony equipment we’ve invested in will be used for our HD studios as well as our OB vans.”

The latest HD acquisitions include the Sony HDC-3100 system camera, the “Point-of-View” Sony HDC-P1 camera as well as the Sony MVS-6530 production switcher.

VTV is a long-time user of Sony equipment and the new purchases reaffirm VTV’s trust in Sony’s performance and quality.

Concluded Mr. Chung: “Sony has been our strong partner from day one and has seen VTV grow. We are confident our Sony-equipped Studio 7 will help VTV achieve new milestones.”