We all appreciated how willing Sony’s BRAVIA Professional Display group was to work with us. They’ve shown us new ways of using the displays that are even more beneficial than we first thought.

A leader in design & technology, the University of Central Florida (UCF) has been named by Niche.com as one of the top 20 most applied to colleges in 2019. Located in Orlando’s Creative Village, the UCF Downtown 15-acre campus features the latest audiovisual innovations in a welcoming environment for 21st-century learning. 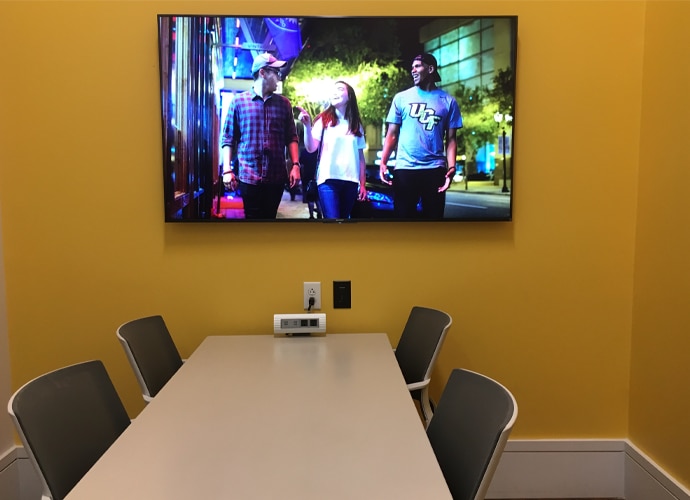 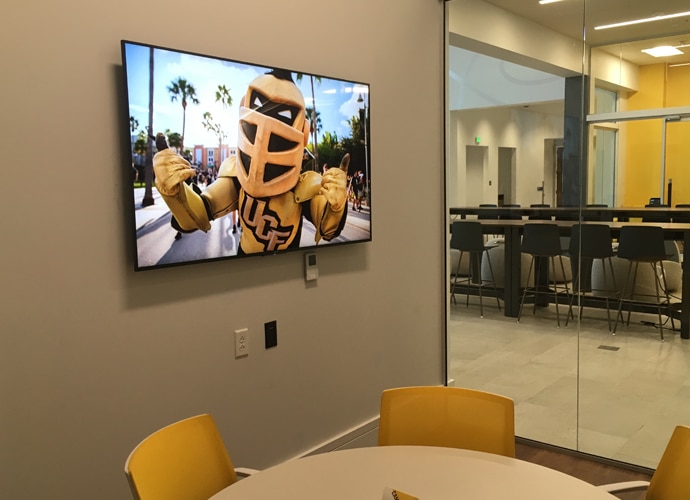 In total, over 120 Sony BRAVIA 4K professional displays are featured across four UCF buildings. When students walk into the main campus building, the Dr. Phillip’s Academic Commons (DPAC), they’re greeted by BRAVIA 4K HDR professional displays in each breakout room, where students can plug in their laptops to share content with the rest of the group. Twenty-two 55-inch BRAVIA displays plus a further twenty 65-inch models are used for digital signage as well as in group meeting rooms. Additional displays in multi-screen active learning classrooms give added visibility for teaching materials. 75-inch and 85-inch BRAVIA displays also feature in conference rooms, where they’re integrated with a Crestron Mercury system.

‘Before, these displays were just black screens that were visible from the outside’ states Don Merritt, UCF’s Director, Office of Instructional Resources. ‘That big black rectangle hanging on the wall didn’t present an interesting look as you walk into the impressive lobby of DPAC. ‘We’ve used other manufacturers in other spaces, but this is the first time we found a way to improve the visual engagement with the displays when they weren’t being used’. Merritt also reports seeing students connect their portable consoles to play games while taking study breaks in the rooms.

‘Previously some of the displays would show the status – like ‘HDMI-2’ – on the screen, and it just didn’t look good’ confirms Scott Pritchett, Manager of Multimedia Services at UCF. ‘Now, as soon as I enter in the morning, the active screens really enhance the overall look of the building’. Merritt and Pritchett also report positive feedback on how BRAVIA adds to the attractiveness of the lobby area. 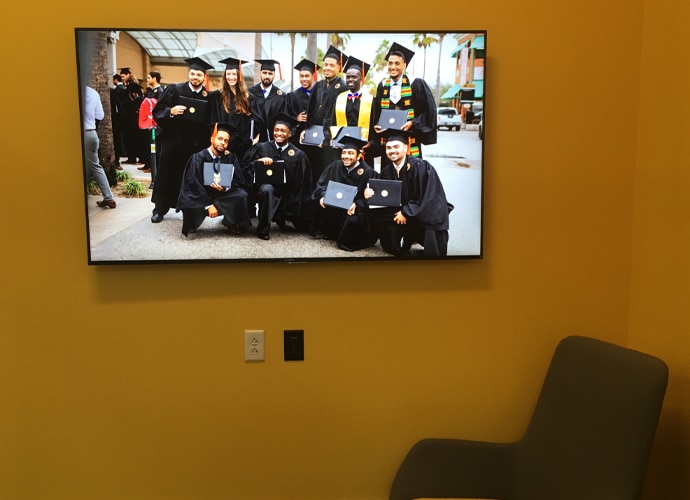 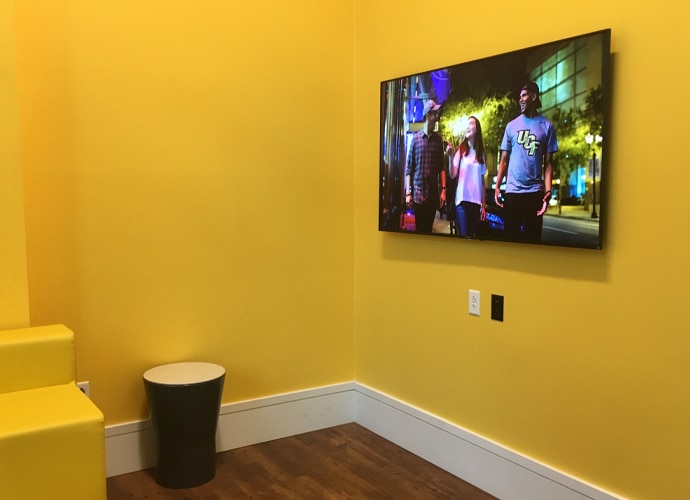 The displays are easy to use, with all inputs within easy reach to reduce worries about them being damaged or broken in everyday use. Students simply connect their laptops: BRAVIA automatically selects the source and displays what’s on the student’s screen, eliminating the need for an remote controller that can potentially get lost.

UCF has also taken advantage of BRAVIA’s power scheduling feature that allows displays to be automatically turned off at night and on again in the morning. As well as conserving energy this saves staff time, since no-one needs to be physically present to switch screens on and off.

‘We’re always looking for ways to support the activities that our faculty and students want to do’ says Merritt. ‘One thing I’m looking forward to is seeing how a dynamic display impacts the ideas that our students come up with on how to use these things in the first place. We often make assumptions about how non-tech people are going to use devices that we’ve put into place. I’m very excited to see what people will do with these systems when they look like living, active displays, instead of just the big black monoliths that were hanging on the walls.’

The school’s support from Sony has been noteworthy, confirms Merritt: ‘We all appreciated how willing Sony’s BRAVIA Professional Display group was to work with us. They’ve shown us new ways of using the displays that are even more beneficial than we first thought – and with no additional hardware, just the displays themselves.’ 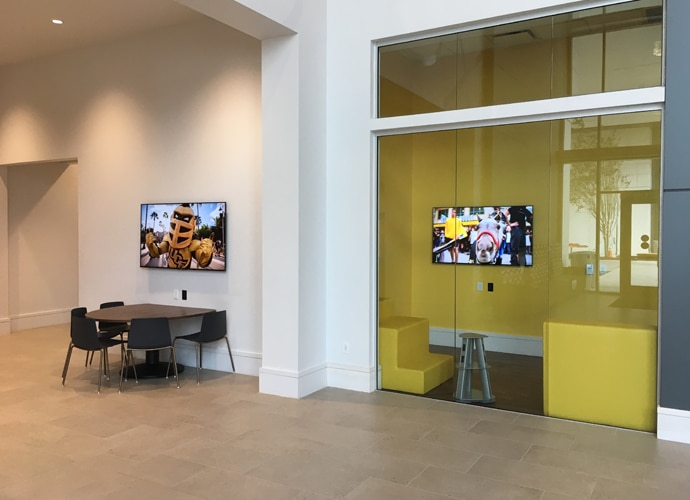