Sony’s VENICE was created as a game changer. When award-winning director James Cameron decided to make the VENICE the centrepiece of his upcoming Avatar sequels, it only validated VENICE’s impeccable credentials and made it one of the most sought after digital motion picture cameras.

Founded in 1986 by renowned cinematographer Dengcar Baltazar, CMB Film Services Inc. has quickly grown from a small film and commercial equipment rental company in Quezon City, Metro Manila to one of the Philippines’ renowned names for equipment hire and technical services.

Perhaps it has to do with the founder Dengcar’s unflinching cinematographer’s eye for quality. Since its beginning, CMB has made uncompromising quality an ethos of the company. The firm is now helmed by Dengcar’s son, Jim Baltazar, President and Managing Director of CMB Film Services. Jim has continued his father’s good work and CMB today boasts an impressive inventory matched only by a stellar client list that includes major TV networks, film production companies, commercial production houses in the country as well as international film companies.

Recognising the Southern Philippines as a popular filming destination, CMB opened its Cebu office in 2015, giving its clients in the island a greater range of equipment and technical services.

Says CMB Film Services’ Chief Technical Officer and Cinematographer, Danton Wieneke: “Our clientele ranges from Indy feature films, TV dramas, to high-end commercial productions. We have been acquiring various products to suit our clients’ varying needs. With the increase in 4K content acquisition, more clients are asking for 4K-capable cameras and beyond to push their market potential and for future-proofing.” 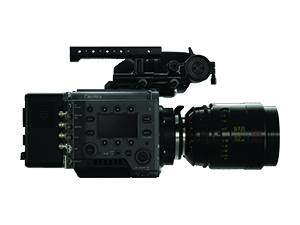 CMB has a big inventory of Sony equipment which includes cinema and broadcast cameras and OLED monitors, but when the opportunity arose to acquire the Full- Frame 6K VENICE it didn’t hesitate.

Explains Wieneke: “Demand for the VENICE was steadily growing and we like the fact that the VENICE offers Full-Frame 6K capabilities, 8-stage built-in ND filter and dual native ISO, but what sealed it for us was the excellent support from Solid Video, Sony’s authorised distributor in the Philippines. We could see the VENICE being deployed in a wide range of scenarios thanks to its impressive specifications.”

Besides boasting a 36mm X 24mm CMOS sensor, the VENICE is highly regarded for its High Frame Rate and exceptional colour renditions especially in low light. The fact that VENICE is fairly compact despite its full range of features is also another top draw for cinematographers and directors looking to raise their production value.

Adds Wieneke: “In terms of capacity, CMB services around 300 shooting units per month. We need our products to be able to stand up to the rigours of daily deployment.”

“Sony’s build quality sets the standard. And because the controls are intuitive, it’s easy for cameramen and DoPs to operate any Sony equipment including our new VENICE cameras.”