NTV Gets Up to Speed with Wireless Live Streaming

Bangladesh is a predominantly 2G and 3G mobile market but recently it has stepped up to 4G. This has helped promote digital inclusion across the country and industries, especially broadcasting.

Hare Krishna Mozumder has every reason to be excited. After years of trying to work around Bangladesh’s patchy network coverage, he’s finally seeing the country making big inroads to close the digital access gap.

Says the Senior Manager, Broadcast Operations and Engineering, NTV: “As a newsmaker, our priority is to deliver accurate and unbiased news as it happens. While digital coverage in Dhaka has been relatively stable, the same cannot be said about Bangladesh’s vast rural and remote areas. The arrival of 4G has greatly helped NTV get its wireless-workflow underway.”

One of the first TV stations in Bangladesh, NTV, which is owned by International Television Channel Ltd, started broadcasting in 2003. It is considered Bangladesh’s most popular Bengali language TV station offering a wide range of news and entertainment programmes delivered across TV, Internet and Mobile.

Adds Mozumder: “Despite our lagging 3G network coverage, NTV was the one of the first TV stations in Bangladesh to embrace mobile-enabled live streaming.

“NTV has a wide range of Sony XDCAM camcorders for ENG like the PXW-X400 and PXW-X200. The camcorders came with a built-in Wi-Fi module and gave us the opportunity to live stream using mobile data. Unfortunately, our 3rd party live mobile streaming solution was patchy, and it was also a costly exercise as we had to frequently switch SIM cards.” 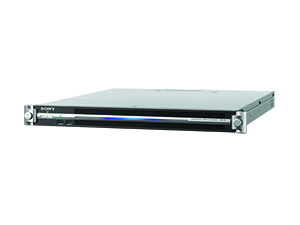 That all changed when NTV acquired Sony’s PWS-100RX1A and PWS-110RX1A Network RX Stations, as well the IP-enabled XDCAM camcorders such as the PXW-X70 and PXW-Z280.

Underpinning the Network RX Stations is Sony’s unique QoS (quality of service) technology or MPEG2-TS to maintain video and audio integrity during transmission. Each Network RX Station can simultaneously control two SDI outputs: these can be used to live stream from two locations at the same time. Multiple systems can be added for greater input and output loads.

“Our crew in rural areas could transmit entire files to our studios in Dhaka using a single SIM card. We’re very excited about our latest Sony acquisitions as they give NTV the best of both worlds – live streaming and high-quality HD images.”