The Crossing Matches Clarity of its Message with Video Presentation 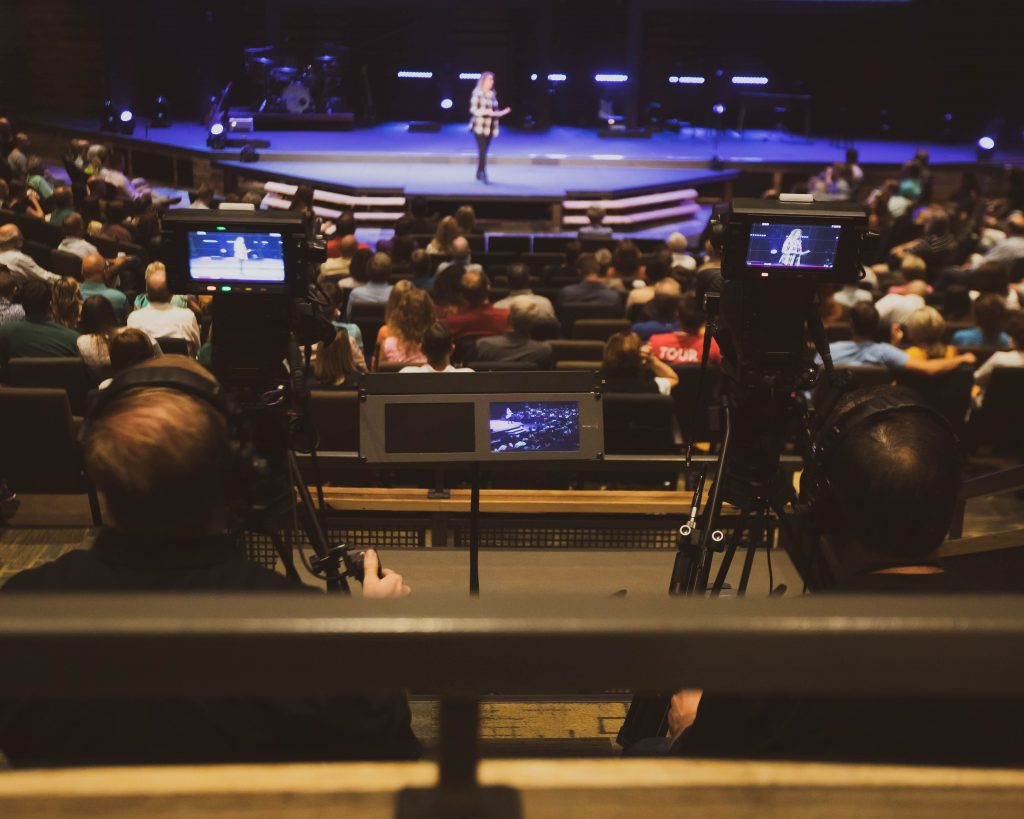 The Crossing is a multi-site church based in Chesterfield, Missouri. Their 1,200-seat auditorium is typically packed for Sunday services with an additional requirement for overflow. The Sunday service is also shared with three additional campuses and streamed to The Crossing’s website, YouTube channel, and Facebook Live account. Those watching the Sunday service at home or from a satellite campus far outnumber worshippers at the church’s main location.

Given the number of parishioners watching from outside the main sanctuary, Stan Yoder, TechArts Systems Engineer at The Crossing, decided an upgrade was needed to replace his 10-year-old cameras. The Crossing had been working with three manned cameras and one PTZ camera in the main sanctuary.

“Our Sunday service touches a lot of people and you realize you need to serve them to the best of your ability,” said Yoder. “We were serving them well but knew we could do even better. We wanted to provide a consistent, quality experience.” 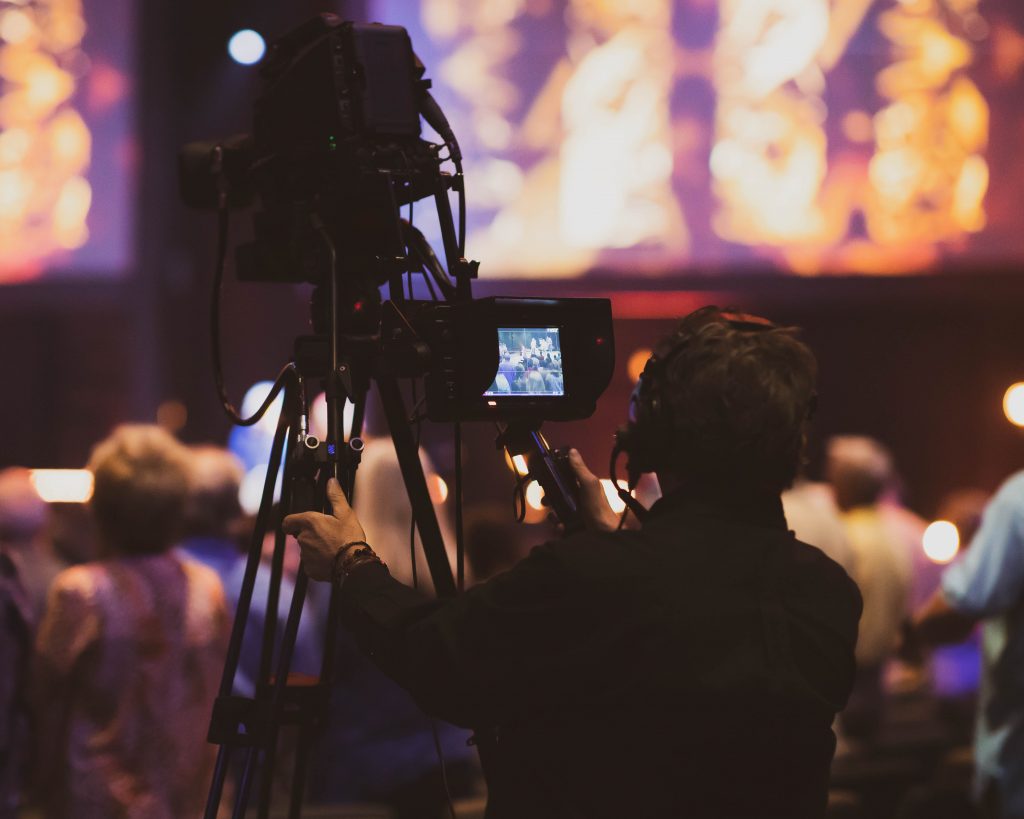 In addition to the age of the cameras, challenges with low light sensitivity were another factor in the decision to upgrade. The Crossing uses a wide range of lighting levels to produce engaging environments for worship, to help emphasize teaching points, and to create more intimate atmospheres. The older cameras had challenges capturing a clear picture in low light, reported Yoder. “We were always struggling to balance the needs of the room to get the lights low enough to create the right atmosphere, yet still have enough light so anyone outside of the room could tell what was going on.”

After an extensive shootout, Yoder decided that the Sony HXC-FB80 HD studio cameras presented the best overall package for their needs. Working with Deron Yevoli at the systems integration firm, Summit Integrated Systems, based in Denver, Yoder purchased six Sony HXC-FB80s. Five are manned and one is used as a handheld camera for roaming the stage.

It was the camera’s low light sensitivity, feature-set, performance and cost that raised it to the top of Yoder’s list. “It really was the whole package,” said Yoder. “Sony balanced the features of the camera, with the performance and the cost. They had the best overall combination.”

The HXC-FB80 is designed for 4K/HDR live production. Equipped with three 2/3-inch Exmor CMOS sensors, the cameras capture full HD picture quality.  With a sensitivity of F13 and a corresponding signal-to-noise ratio of just -60 dB, the cameras are ideal for quiet, low light reproduction. They include a longer cable extension and extra functionality like paint control. The camera head can output 3G-SDI signals in a range of formats, including 1080p and HD/HDR, as well as 4K up-conversion when using the HXCU-FB80 CCU. 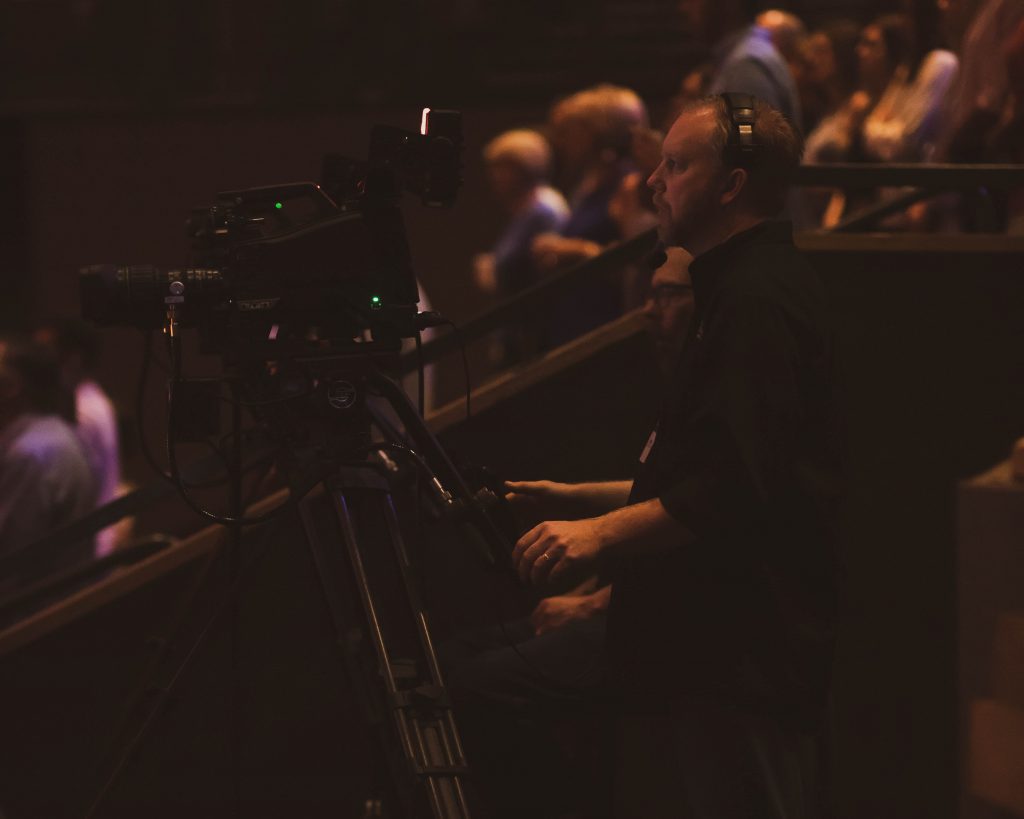 Although it wasn’t an initial factor in The Crossing’s decision making, the ability to digitally shade and color the HXC-FB80s has become an important feature to the church. Optical filter wheels for neutral density and color correction can be controlled from a remote-control panel, master setup unit (MSU-1000), or directly from the camera head. Gamma functions enable the user to fine-tune tonal values as well as control contrast and detail.

“The low light performance and color reproduction are two of the top reasons we selected these cameras, but we’ve really come to love the MSU and the flexibility and ease it gives us to better shade the cameras,” explained Yoder. “We were also able to tie it into our system so that selecting a camera button on the MSU also brings that camera up on the shading monitor. It’s been a great set up for our operators, who are all volunteers and not professional broadcast folks.”

The camera operators were able to get up to speed on the cameras in a couple of weeks and were awed by the picture quality. “They could not get over how much better the picture looked,” said Yoder.

The CMOS sensors used in the HXC-FB80s are also used in Sony PTZ cameras, which Yoder pointed to as another benefit: “With the same sensor, you can shoot exactly the same with the manned and the PTZ cameras. We didn’t end up going with a PTZ-style camera, but we were considering a PTZ during the initial shoot out phase. It was great knowing that if we did, the shading would match all the way through.” 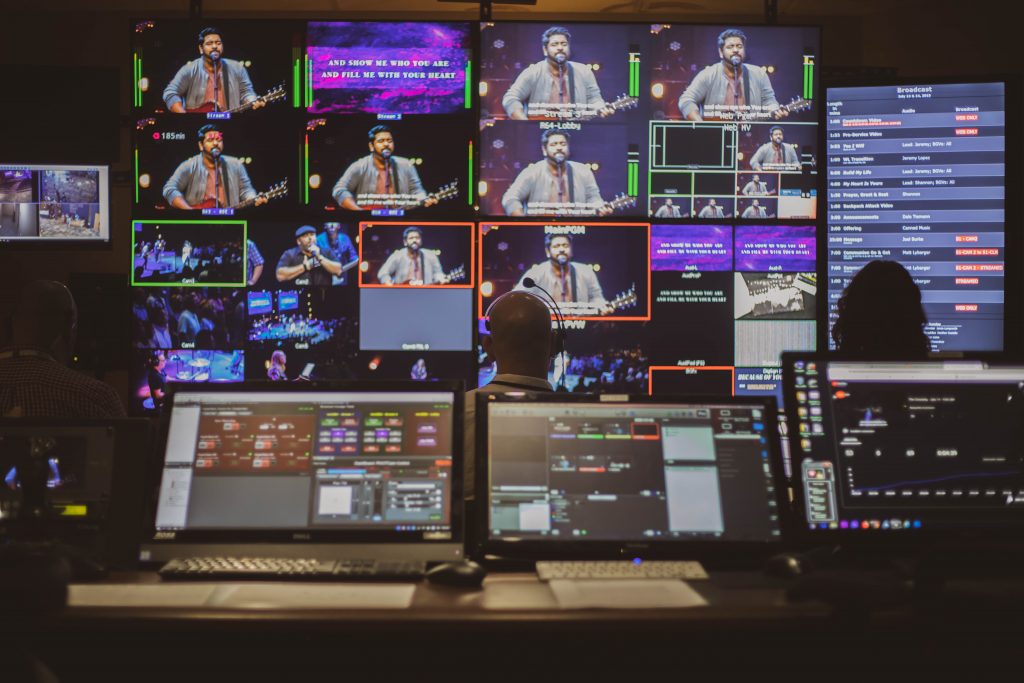 Moving from a one-third to a two-third-inch sensor with their new cameras has meant the camera operators need to be more aware of things like the lighting levels and focus. “We’ve really had to step up our game,” explained Yoder. “We didn’t have depth of field control when moving from one subject to another with our ten-year-old cameras. We can do that type of shot now. And we love the HDV-FL750 viewfinder that easily shows where your focus level is, how much your zoom level is, so you can quickly get back there when you need to.  With these cameras, our volunteers were like kids in a candy shop.”

“They are amazingly bright,” said Yoder of the Sony BRAVIA displays. “The quality of color reproduction, as well as the consistency of video between each monitor is so much better.”

Using Sony technology for their services, The Crossing has found a cost-effective mix of enhanced imagery, ease of use and quality which they expect will serve them and their community of worshippers for years to come. 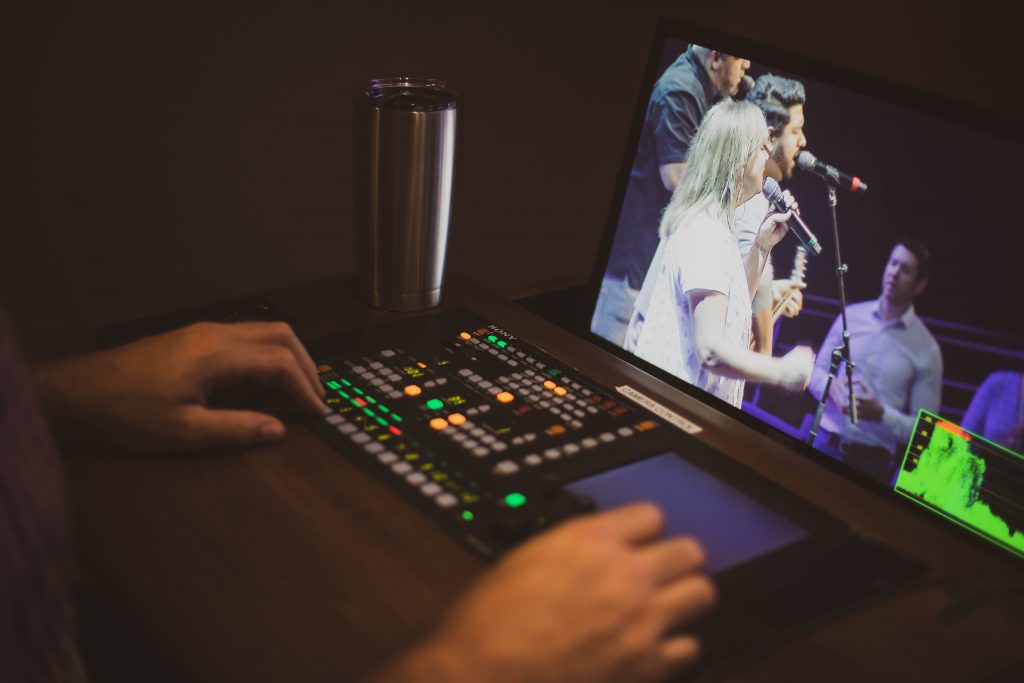