It couldn’t be simpler. With no cables and no expensive broadcast vans, our wireless video workflow solutions are simple, intuitive and cost-effective. With one of our latest wireless-ready XDCAM camcorders, or our CBK-WA100 wireless adapter, you can streamline your video workflow by streaming directly from your camcorder, and thanks to our QoS (Quality of Service) technology, your story always gets through, with no dropped frames or glitchy audio.

Stream high quality pictures quickly and cost-effectively straight from your camcorder to the station with a single dongle.

Our unique QoS technology dramatically improves the clarity that’s possible on a single, affordable 3G/4G/LTE cellular channel or wireless LAN, giving you better pictures, without the glitches and dropped frames typical of lower – priced streaming solutions, even given the limitations of real-world networks. 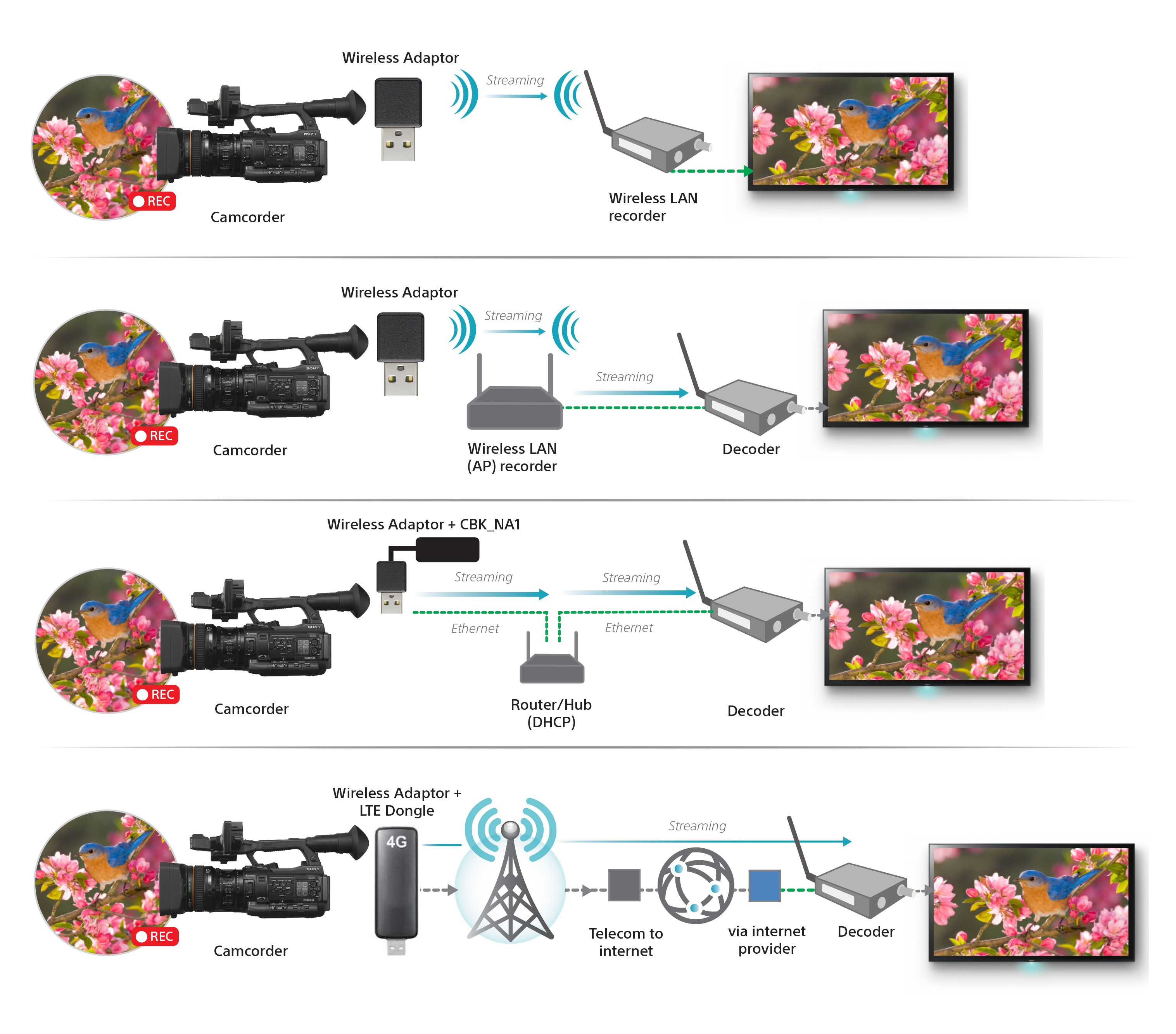 Your smartphone and tablet have beautiful, high resolution displays. Now you can use those displays to control an XDCAM camcorder, see what the viewfinder sees, browse content and trigger playback. You can even log in good shots, job name, location, crew and news planning metadata, all from the comfort of your Android® or iOS® device. Simply download Sony’s free app, Content Browser Mobile, from Google Play or the App Store.* 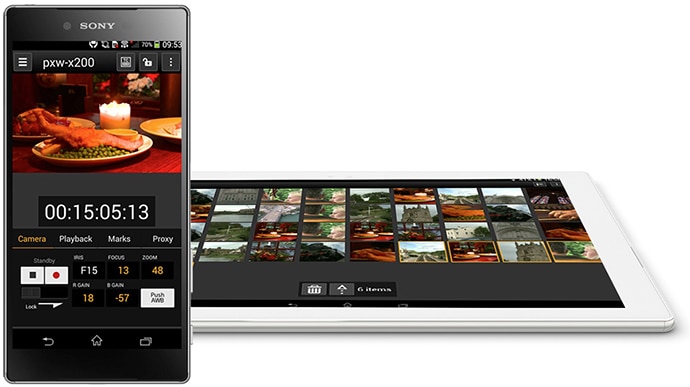 Maverick TV picked the PMW-200 to work faster and smarter on their latest documentary. The portable 3-chip XDCAM camcorder was teamed with our CBK-WA100 Wi-Fi adaptor that uploads low-res proxies straight to the cloud for quick, easy editing.

“I could only take as much equipment as I could carry by myself,” he explains.

On a remote shoot, the fear is that sacrifices must be made in terms of quality because of equipment limitations. However, thanks to Sony’s new tools, it is now possible to go further, alone, and for longer using the high-end XDCAM shoulder camcorders. The CBK-WA100 enables compressed images to be sent via the Internet using the existing telecom network, making it unnecessary to create and transport your own transmission infrastructure.