Our crews are very familiar with the HDC-2400 and MVS-3000A. Their proven quality and reliability convinced us to add more units for our growing programming needs.

Vietnam’s success story continues. With a population of 96 million, the country is on track to make its transition from a frontier market to an emerging market. One sector that has benefitted greatly from the country’s rapid growth and increased consumerism is the broadcast industry. Radio was once the preferred medium but with growing affluence, Television is now the preferred medium. Vietnam’s TV penetration is well over 85% and growing especially in the two main cities, Hanoi and Ho Chi Minh.

Hanoi TV, the official TV station of Vietnam’s capital was a frontrunner in the HD race when it unveiled in 2015 its purpose-build HD studios, Outside Broadcast vans and suite of HD equipment. Working closely with Sony, it launched its HD channels in 2017 and has not looked back since. 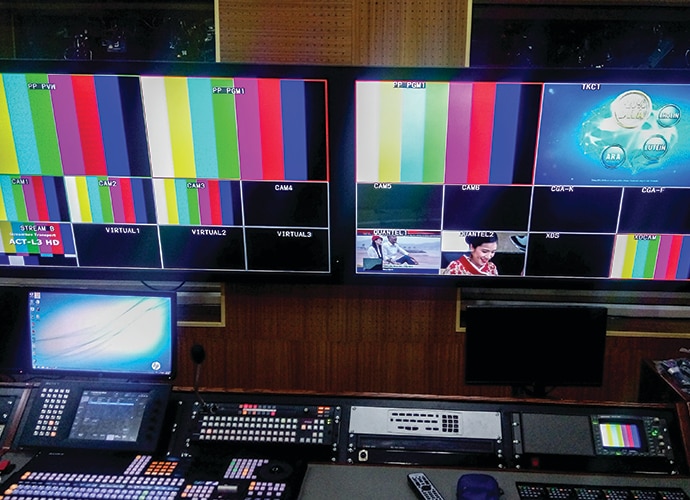 In addition, Hanoi TV also invested in three units of the VPL-FHZ700L projector. Dubbed the world’s brightest 3LCD projectors, they were acquired to help boost Hanoi TV’s studio content with vibrant and life-like images in any lighting condition. The projectors’ seamless integration with existing Sony equipment made it a win-win situation for Hanoi TV.

Explains Ta: “Our crews are very familiar with Sony equipment, especially the HDC-2400 and MVS-3000A. Their proven quality and reliability convinced us to add more units to our Sony inventory.”

“Together with our investment in the new 3LCD projectors, we’ve been able to punch up the vibrancy and content of our news, documentaries and talk shows. Hanoi TV is committed to investing in the future.”

Adds Junichi Miyazaki, General Manager of Professional Solutions Division, Sony Vietnam: “In many ways, Hanoi TV’s amazing transformation reflects Vietnam’s growth story. Sony Vietnam’s footprint has grown too as a result of the country’s dynamism and eagerness to embrace the future. We are happy to help broadcasters like Hanoi TV realize the full potential of HD and beyond.”