Andrew Levitas works across multiple disciplines including being an accomplished and respected contemporary artist best known for his work fusing metalwork and photograph, free-standing metal sculptures and more recently creating paintings from homemade organic pigments and materials. Levitas is the founder of Metalworks Pictures, a prolific studio which finances, develops and produces high-end independent cinema working with many of the world’s leading actors with an emphasis on intelligent, socially responsible and original subjects. Projects include 2014’s Lullaby (with Amy Adams) which Levitas wrote and directed, 2017’s The White Crow (written by David Hare and directed by Ralph Fiennes) which Levitas produced along with 2019’s Georgetown (Christoph Waltz’ directorial debut). Levitas is also a part time lecturer and faculty member at New York University where he teaches a course on “The Artist’s Mind”.

Levitas produced and directed the film Minamata (released in 2020) which tells the story of veteran war photographer, Eugene Smith (played by Johnny Depp). Smith is best known for photographically documenting the malfeasance of the Chisso corporation that lead to mercury poisoning in a Japanese fishing village and bringing the story to international attention. The film was largely shot handheld by cinematographer Benoit Delhomme with limited lighting which lends the film a memorable emotional intimacy and helped support an incredibly tight 36-day schedule within a limited budget. The film has a distinctive print aesthetic making judicious use of varied and nuanced colour palettes to tell the story while retaining naturalistic skin tones throughout while always feeling personal and with a vivid sense of historical context, time and location. 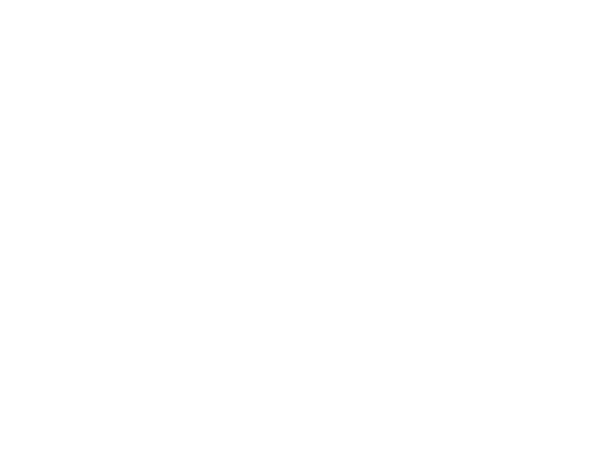 Andrew Levitas articulates how shooting on the Sony VENICE extension system was integral to the Minamata performance style and how the Sony VENICE sensor captured detailed, subtle images, often in low light, that could be pushed and pulled exactly as he wanted them in the grade:

“I always get involved in the choice of cameras. I think about and collaborate on everything that informs and shapes a film’s vision and for me a camera is not an arbitrary choice but should be instrumental in that creative expression. And my relationship with the cinematographer – as it is with all the department heads – is that of working with a partner for a shared creative endeavour.

“That Benoit Delhomme is not just the cinematographer managing a crew but the camera operator himself was particularly relevant to the way I wanted to shoot Minamata. We directly shared and discussed the film’s narrative and made immediate adjustments without adding an additional layer of mediation. For me a cinematographer’s role is not just about recording pretty pictures but being intimately involved in the craft and action of storytelling.

Finding An Emotional Truth Within The Performance

“Minamata tells an intimate story about the photographer, Eugene Smith, and is based on real people in real life circumstances and situations. The film has a very big cast and we wanted all of the actors to live in those moments and find their emotional selves; to be immersed in the minds of the real people that they were playing. I wanted to set the environment for every scene to feel as real as possible to the actors and to remove as many artificial barriers as we could within a technically uncluttered environment. If an environment feels real to the actors, they are more likely to feel they are experiencing the moment.

“Benoit shot most of Minamata handheld using the Sony VENICE sensor block and lenses in a saddle (with the main body of the camera tethered at the end of an umbilical cord and carried by an AC). The VENICE in Benoit’s hands is the size and weight of a photographer’s camera and therefore less apparent on-set. Making a film about a photographer and then having a camera that could be held as you would hold a physical stills camera allowed Benoit to move so freely and more intimately with the actors. Benoit became an additional dance partner – another participant – rather than the recorder of the dance and could emotionally respond and adjust in real time.

“With the sensitivity of the VENICE’s sensor in low light, we could shoot the whole film using practicals and with only limited additional lighting. Interiors could be lit in such a way that our actors could walk through those environments and the camera could follow the action without pause. For example, the action could take us us from the darkness and changing light within Eugene Smith’s New York apartment, with neon light filtering through the window, and through a curtain into Eugene’s glowing red dark room all within a single take. This ability to move seamlessly from one environment to another without changing the lighting and set-ups lends the film an additional emotional truth.

Making a film about a photographer and having a camera that could be held as you would hold a physical stills camera allowed Benoit to move so freely and more intimately with the actors.

“Sometimes when shooting a film, the kit becomes the focus; a source of distraction. Minamata was mostly shot single camera. The compact and inobtrusive size of the sensor block, lens and umbilical cord set-up combined with the sensor sensitivity allowed me to shoot scenes where the actors were improvising for 20 minutes at a time and we could do it over and over again, exploring and focussing on the psyche of what they were going through. And because the camera package is so light, Benoit was able to hold the camera and shoot 20 minute takes without being physically weak. Working in this way the camera becomes almost invisible and inobtrusive. I could focus on the experience of the artists living in the room and in the film. Benoit could also live in the environment without the physical weight of the camera; no Steadicam or dolly and a limited crew.

“In this way, Benoit was able to create a push and pull with the other artists on-set. That is an incredible gift and entirely unique to this camera and without doubt contributed an extra layer of intimacy and a greater connection with the subject matter.”

“I graded with Peter Doyle who is an incredible colourist. Benoit has a very nuanced approach to light and colour that can reflect profound subtleties. Minamata has a very specific look. The recorded images were faultless and gave us everything that we wanted in the grade. Whichever way we pushed them, they delivered. The content Benoit had captured never failed us. It never limited us in what we could do. It’s the first time I’ve had this experience after shooting 15 films.

“I really enjoy the grading process. As a painter, I never squeeze black out of a tube. All the images from the camera had their own personality as we’d intended, nothing felt generic or the same as we’d seen before. Everything felt malleable. We could build the grade exactly the way we wanted to. We could be sensitive with skin tones and nuanced in the shadows. There’s not a single shot I would go back and re-grade. It’s all there.

“The Sony VENICE delivered in every way I could have asked it to; it is a perfect piece of machinery.”

Emotion in Every Frame.

DoP Max Wang provides inside story on an ambitious film.

Inside story on X-OCN-based workflow for Netflix. Find out more.

Behind the scenes on Netflix drama starring Sophia Loren.