Alister Chapman in conversation with Yutaka Okahashi and Yuji Ooba

Developing a digital cinema is a unique mix of art and science, one where it’s essential that the right design choices are made if the camera is to be a success. So, I was delighted to interview the team leaders responsible for the VENICE camera family: Yutaka Okahashi from the planning team and Yuji Ooba from the design team.

Yutaka is a movie fan, he’ll watch most films but is a big fan of action movies but not so much horror. He oversaw product planning for VENICE and VENICE 2.

Product planners are responsible for looking into the future; where the market will be in a few years’ time, what the customers are likely to want and what technologies might be available to deliver that. Based on that, they will draw up the specification for this future product. Yutaka worked on the initial concept and then detailed specifications for VENICE and VENICE 2. Once the specifications are decided, planning has to get the different teams working on the electronics, sensor, ergonomics and industrial design to deliver to deadline. The planning team’s job isn’t done until the camera is launched to the market. 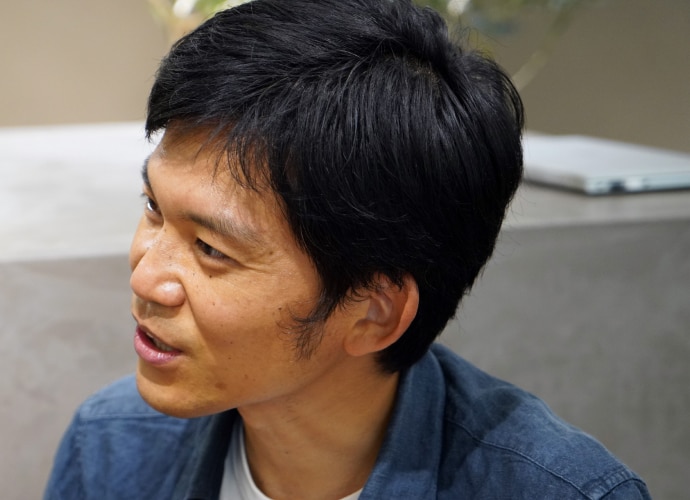 I liked Reminiscence and Black Widow. If I find out about a film that's been shot on VENICE, I'll rush out to catch it in the cinema if I can. When I watch, I'm always very appreciative that they've used our product, and I like to imagine what it was like on set and how they filmed it.

Yuji Ooba worked on the design of many Sony cameras, including project lead on VENICE 2 and the original VENICE – a groundbreaking project for Sony’s development process as much as the market. Like Yutaka, Yuji is a film fan.

“I don’t mind what genre the film is, if the script is interesting. I like films you can get immersed in, where you can sympathise with the way they depict human relationships.

I get a good feeling when I hear about films shot with VENICE, but I also get a little anxious, wondering whether we caused them any inconveniences while they were shooting.” 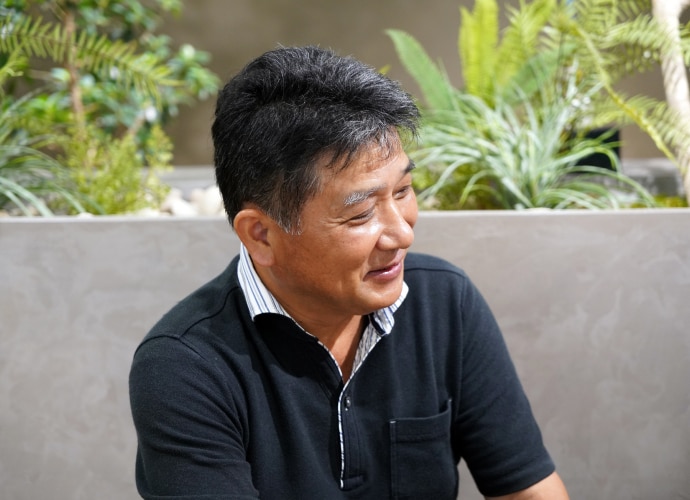 I know it's the obvious answer, but it has to be the new Top Gun. Although I really liked CODA too. And going back a little bit, I enjoyed Downton Abbey as well.

Over the years I have designed a few products myself, including an award-winning 3D camera rig. It’s never easy. It always seems to take longer than expected, so I wondered what Sony’s process was in bringing a sophisticated camera like VENICE to life?

Yuji: “It goes like this: market research, planning, conceptualisation, prototyping, mass production, firmware updates. And then we listen to early customer feedback and think about how we can respond to that.”

Yutaka: “I can’t say exactly what the timescale for all this is, but it’s about three to four years, including initial discussions. The development stage starts with thinking about the technological principles and the concept.”

Yuji: “A big advantage that Sony has during camera development is being able to run the whole development gamut, from imaging to storage, within the company group. This also means that we can get market feedback to the sensor development department quickly.”

I’ve been using Sony’s professional cameras for a very long time and the colour and look of the images changed very little. That is until VENICE. It introduced a contemporary film-style look, quite different to previous Sony cameras. VENICE wasn’t Sony’s first digital cinema camera, before VENICE there was the F35, F65 and F55. But VENICE looked quite different, so what was it that changed at Sony?

Yutaka: “We connected with users, rental services, dealers and all those involved in the industry, we were able to share in and learn from their passion for movie production and shooting, and I think that had an impact on us. We were influenced by the feedback that we received from our customers.”

Yuji: “We were guided by our customers’ honest feelings and their expectations of Sony. It was their genuine emotion and passion that really enabled us to push the technology forwards.”

One of the things that I like about shooting with the VENICE cameras is the ease of use. The buttons seem to be where you want them. VENICE was clearly designed to do just one job – to be a top-quality digital cinema camera. The layout of the buttons and menu systems are greatly improved compared to previous cameras.

Yuji: “We didn’t come at the ergonomics from a theory standpoint. We (the design team) all have a shared sense of whether something’s easy to use, and we discussed it over and over with the whole team, putting ourselves in the position of people who’d be using the camera. Plus, we get feedback from customers, every day.” 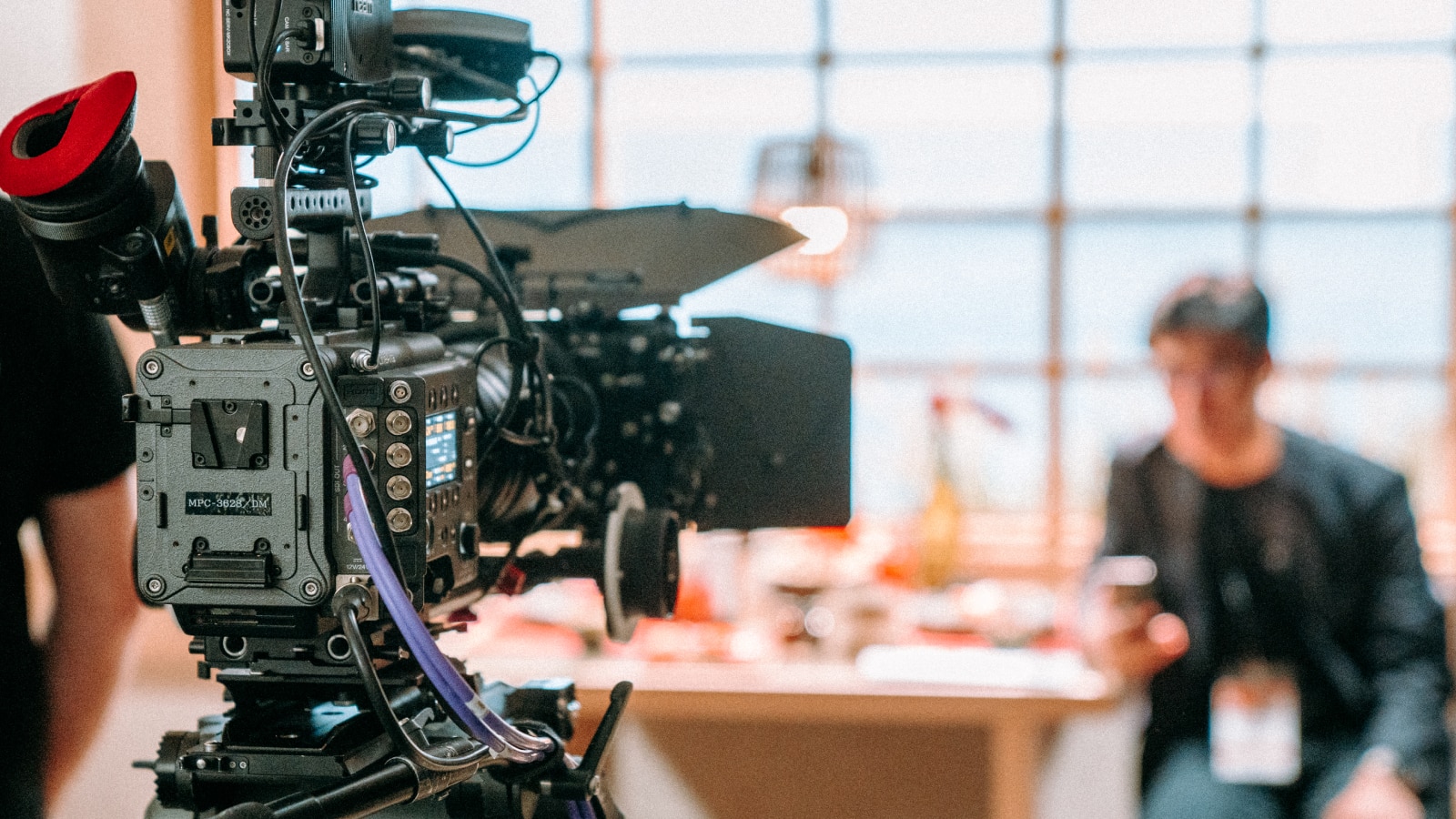 VENICE was a huge success and continues to gain popularity with film makers. It’s known to produce a great looking image. As a result, it is now widely used for movie and drama production. So, what’s next?

Yuji: “Right from the launch of the first-generation VENICE, we were talking about making a follow-up.”

Yutaka: “After the launch of VENICE we got so much feedback, not just from people in Europe and the US but all over the world — Asia, Oceania, South America… Some of it was via email and our distributors, of course. Plus, we also got a lot of feedback when the planning and design team made on-site visits. With so much feedback it was about whether we could make a follow-up that would live up to customers’ expectations, and whether they’d be able to smoothly transition to using a new model. Those were the things we always kept in mind during the development of VENICE 2.”

We now know that one of the key differences between VENICE and VENICE 2 is that the new camera can use either the original Full Frame 6K sensor or a new Full Frame 8.6K sensor.

Normally, when you squeeze more pixels onto the same sized sensor the sensitivity or dynamic range is impacted. But when I first shot with VENICE 2, I was surprised to find that the new 8.6K sensor is actually more sensitive and a little less noisy than the 6K sensor. I asked how this was possible.

Yuji: “We have gained a lot of design information in developing high pixel count sensors. I can’t really talk about the technology in detail but when the pixels get smaller it becomes more difficult to draw out the qualities of each pixel. But the nature of this challenge was very clear, so we were always thinking about technical improvements during the development process.”

“Increasing the number of pixels makes it not only more difficult to develop the sensor’s characteristics. But also, the post-processing bandwidth increases significantly, and this places a huge demand on processing and recording. The result is that the overall difficulty ramps up, even for things like electricity consumption and internal temperature control. And the 8K sensor isn’t really a successor to the 6K—it’s more that they complement each other in terms of advantages and disadvantages.”

I have to say I really like the characteristics of the new 8.6K sensor. But as Yuji points out there are still areas where the 6K sensor may be preferrable, for example, if you want to shoot at higher frame rates it can shoot at up to 90fps in full frame. Smaller files sizes can be beneficial for long projects or where fast turnaround speeds are needed. That said, all VENICE cameras benefit from the X-OCN codec’s efficiency.

Yutaka: “The special thing about X-OCN is that it gives you 16-bit image quality in a relatively small sized file, so you have a lot of freedom in post-production. It provides the same quality as our competitors but at a smaller data size, which is hugely beneficial to the overall workflow.” 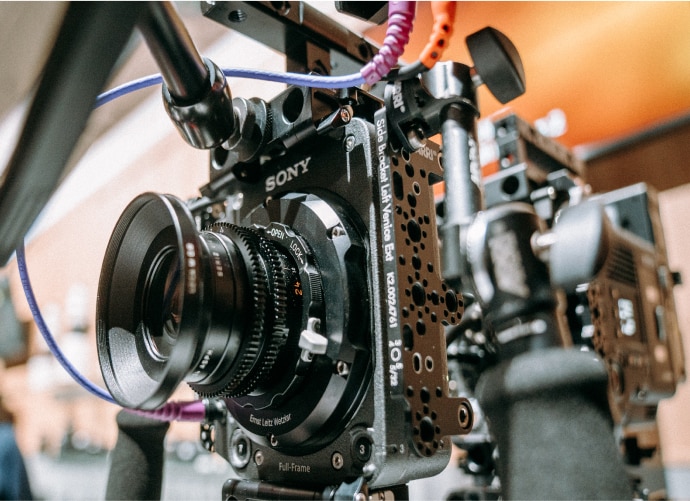 I’ve always found that X-OCN behaves just like uncompressed raw in post-production. Yet the files are a fraction of the size and are easily handled by even a relatively modest computer. Smaller files means that you can back up your data more quickly and storage costs are lower. Plus, I regularly edit the 8.6K 16-bit X-OCN from VENICE 2 on my MacBook Pro laptop, in real time without having to resort to proxy files and without needing a vast raid array for storage.

Another key advantage of VENICE cameras is the Optical Low Pass Filter or OLPF. This sits between the lens and the sensor, where it controls the resolution of the image that falls on the face of the sensor to control aliasing and moiré.

Yuji: “We worked really hard to bring out the characteristics of the optical low-pass filter. After all, the quality of the image comes from these optical characteristics. We aimed for a resolution that felt natural, and spent time choosing our materials and working on the structure.”

From my own experience with VENICE 2, I really do think the design team got the OLPF just right. VENICE 2 produces images that have great clarity and obviously very high resolution, but at the same time it looks well rounded, it never looks excessively sharp, it looks very natural.

So, how do the guys that helped create VENICE 2 think it has been received by end users?

Yutaka: “It been great. I was so pleased so see the camera being used on lots of big projects straight after release. And I also think that because VENICE was already out there, was known to dependable, and people had confidence in it, that they got on well with its successor.”

Yuji: “People noticed the ways in which it had evolved from the previous VENICE and were excited about that.”

Yutaka: “It hadn’t been specifically spelled out as such, but VENICE was developed with future expansion in mind. There’s a big V2.0 firmware update scheduled for winter 2022. Our users have said that they’re excited for things like the addition of new imager modes.” 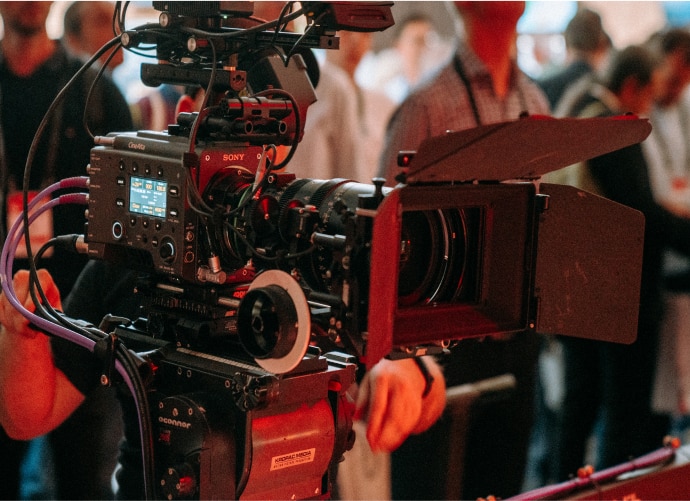 I always look forward to any shoot with the VENICE cameras, they are a delight to use. And I would really like to thank Yutaka, Yuji and the rest of the team that helped to develop them for listening to us film makers and creating these great cameras for us.

Shooting London in 8K with VENICE 2

VENICE: The Inside Story

Interview with the developers.